Agents from the guard raided premises across the country and arrested 27 people according to a press statement released today, Monday 23rd January.

More than 20 homes, industrial buildings and shops across the country were raided including three clandestine tobacco factories in Logroño, Valencia and Sevilla.

The gang is alleged to have smuggled large quantities of tobacco turned into counterfeit cigarettes. 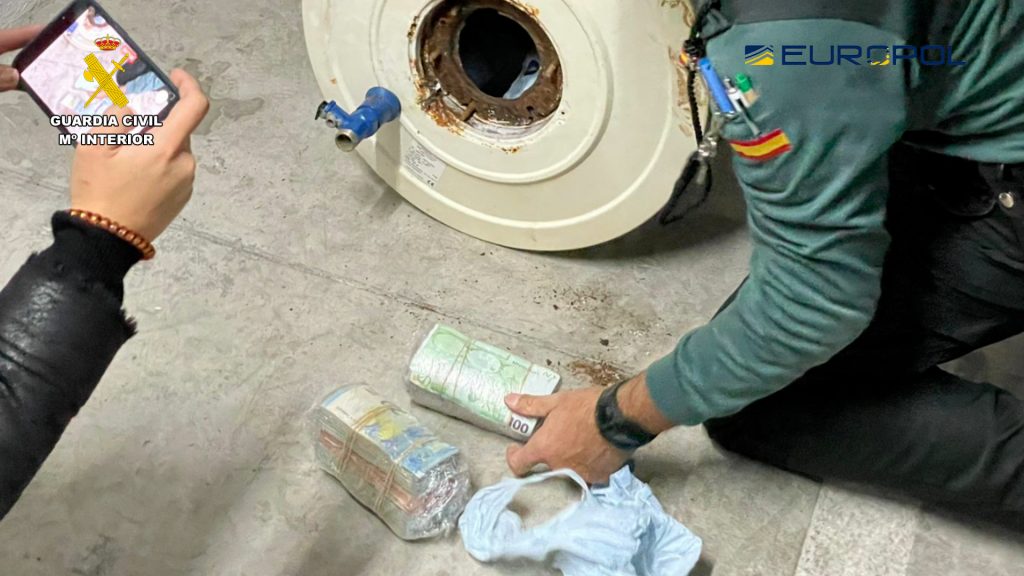 The factories could make more than half a million cigarette packs daily, which were sold across Spain and abroad.

Police said the Ukrainians, who had fled Russia’s invasion of their country, were living “crammed” into prefabricated shelters within the factories.

They were working long hours and were not leaving, to avoid detection, as some had entered the country illegally.

Meanwhile, the bosses of the organisation enjoyed a “life of luxury”, allegedly laundering money for their tobacco smuggling operation.

The authorities seized tobacco products worth over €20 million including 3.5 million cigarettes, 10,000 kilos of tobaccos leaf, luxury vehicles, jewellery as well as €300,000 in cash.

The authorities were first tipped off about a clandestine tobacco factory in a chicken shed near Seville at the end of 2021 – leading them to uncover the two other operations, in Valencia and  La Rioja.

There are believed to be over 150,000 Ukrainian refugees in Spain.