A man has been sentenced to 14-and-a-half years in prison for raping a 94-year-old woman in Spain, leaving her disabled and no longer able to look after herself.

The 25-year-old Gambian immigrant identified as Mohamed Cisse committed the act in the victim’s home in the town of Tamarite de Litera, in Huesca, Spain. 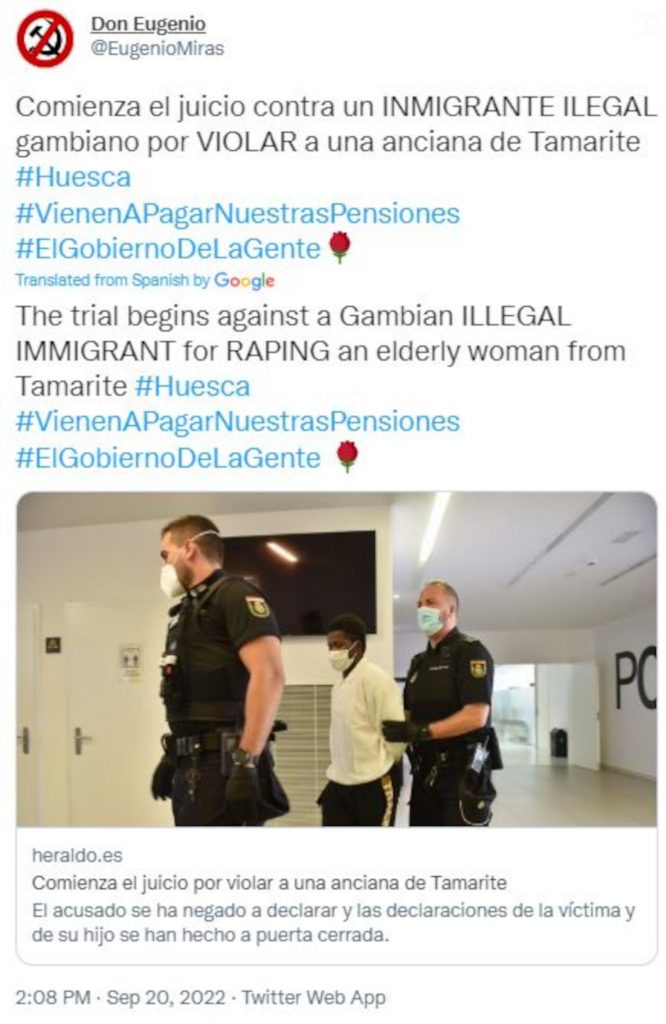 On the day of the incident, the Gambian native reportedly entered the 94-year-old woman’s home after breaking several bars on one of the windows on 16th January last year.

Cisse then went up the stairs and found the woman sleeping in her bedroom on the second floor. He then reportedly laid next to her.

Having noticed him the woman woke up and started screaming but the offender covered her face with a pillow and pinned her down.

After ripping her clothes off he threw her to the ground and sexually assaulted her before leaving the house shortly afterwards.

Cisse was caught by the police a short while later and kept in custody while awaiting trial.

The prosecutors demanded a 17-year sentence but this was rejected after an additional charge of robbery was dropped.

He was finally jailed for 14 years and six months for rape as well as for wrongfully breaking and entering the woman’s home on Wednesday, 28th September.

The court added: “The objective evidence we have to prove that crime is found in the photographs taken by the Civil Guard during the visual inspection, but it does not appear from them this that the accused had been looking —although unsuccessfully according to the accusatory thesis— for valuables in the furniture drawers of the house.”

Cisse will also have to pay EUR 35,830  compensation for pain and suffering as the old lady became completely dependent on third parties to perform regular daily activities after the attack.