One of the most wanted men in the UK who is believed to be the leader of a major drugs gang in the country has been seized in Benidorm after a Spanish police raid.

According to a statement released by the Spanish authorities, yesterday, 4th July, the suspect, Louis James Edwards, 44, was arrested by Civil Guard officers at a Benidorm hotel on June 21.

In a second raid, another gang suspect, Dutch national Cornelis Korfet, 35 was seized in nearby L’Alfàs del Pi a day later. 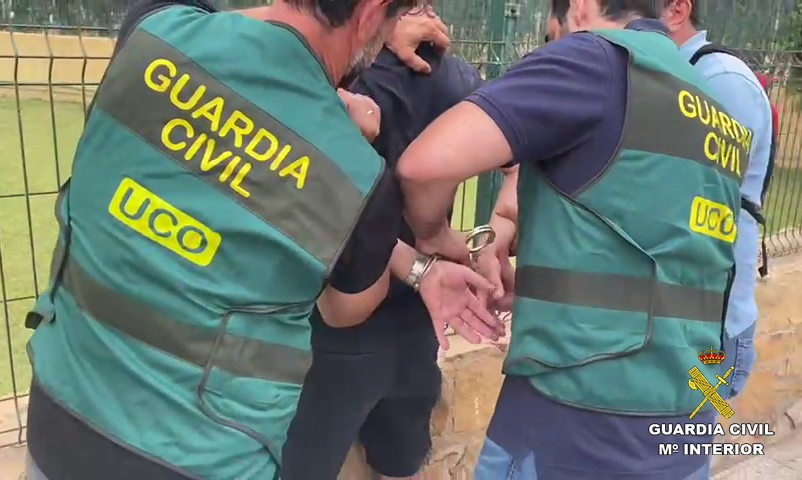 Edwards who is on the UK’s Britain’s ‘most-wanted’ Crimestoppers‘ website, is suspected of being the kingpin of a drug network involved in the distribution of cocaine throughout the south of England.

The Civil Guard statement said that the suspects were believed to have been operating in Malaga province and then were followed to the province of Alicante.

The statement read that: “After close surveillance of this family group, the investigation focused on a hotel in Benidorm, Alicante, where he ( Edwards) was located and arrested”.

The second suspect, Cornelis Korfet, 35, was wanted for murder and had been on the run from his native Holland.

He is also wanted for seriously injuring two rival gang members in a shooting.

“The rapid collaboration between the Dutch police and the Guardia Civil made it possible to locate this person in the province of Alicante, where it was confirmed that this same person had already been arrested on three occasions with different false identities”, read the statement.

The two fugitives are now in detention facing extradition proceedings to their respective countries.