The Spanish Civil Guard have rescued a new-born baby who had been abandoned by his mother shortly after birth.

A passing lorry driver had alerted the authorities that he had just seen a young woman walking in a dazed state and covered in blood with what seemed like a baby being held close to her body.

According to the Civil Guard press statement the incident took place on Saturday 22nd May in an industrial estate in the municipality of Almoradí which is located close to Torrevieja in the province of Alicante. 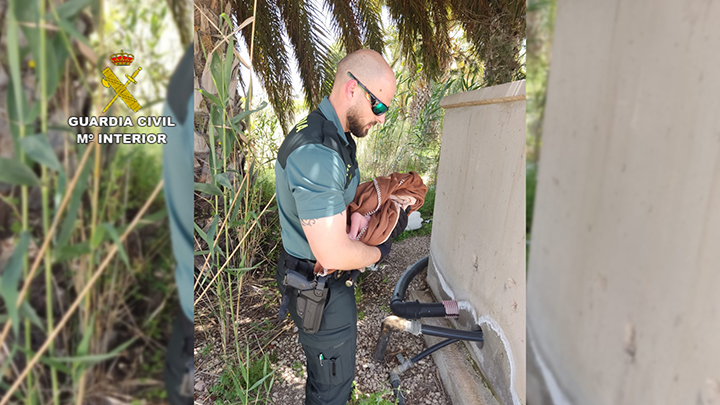 The 39-year-old mother, is a Swiss national, hid the baby between some drums, by the side of an abandoned building with its umbilical cord still attached.

It is believed that she had been living for some time close by in wretched conditions.

Although the child was breathing normally it had been left in the sun and was suffering from dehydration.

The baby was taken to a nearby hospital where he is in a stable condition and “recovering well.”

Nurses have named the child Noa.

The mother has been detained and charged with abandoning a minor.