Just hours after the launch of the latest “Operation Captura” to capture British criminals believed to be in hiding in Spain, a 30-year-old fugitive was arrested in the Malaga municipality of San Pedro de Alcantara.

Joshua Hendry, from Liverpool, was wanted for ” being a member of a Liverpool criminal gang, and conspiracy to supply Class A Drugs. It is alleged he trafficked heroin and crack cocaine from Liverpool to Grimsby for onward distribution and controlled the phone line used for this. His mother and brother were convicted as part of the conspiracy. Hendry is also wanted over a separate drugs conspiracy to supply cocaine in May 2018 for which he was sentenced in his absence to 10 years’ imprisonment in March 2019″.

in connection with drug trafficking and was arrested yesterday, Thursday, January 20th.

His detention came less than 24 hours after the UK and Spanish authorities launched the latest initiative to find the whereabouts of the “Most Wanted” fugitives from British justice, believed to be in Spain. 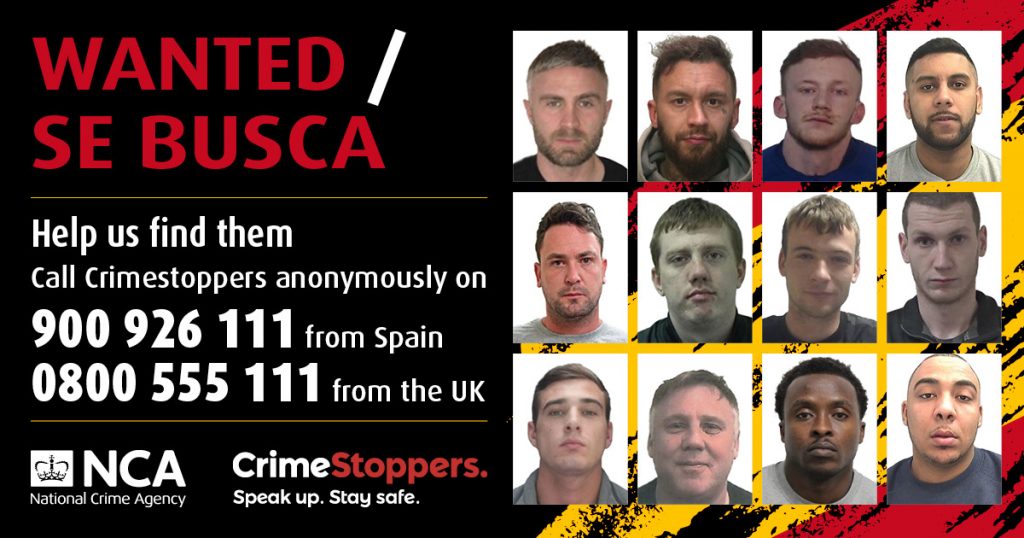 According to the police statement, he was arrested in San Pedro de Alcantara yesterday afternoon, after an off-duty police officer recognised him from the campaign poster.

The campaign was launched in Madrid by Rafael Perez, the Secretary of State for Security of the Ministry of the Interior and Sarah Cowley, the Deputy Head of Mission along with ​​Steve Rodhouse, the Director-General of Operations of the British National Crime Agency (NCA).

At the launch the ir press conference, the British NCA representative highlighted the fact that a large part of these fugitives were known to be hiding – according to police inquiries – in the Costa del Sol area of ​​Malaga.

“They feel comfortable mixing with the British community”, said Steve Rodhouse, who also warned of the possibility that they may continue to commit crimes even though they are on the run in Spain.

The Most Wanted campaigns have been in operation since 2006 and have resulted in the arrest of 86 of the 95 fugitives on the lists.

Joshua Hendry will now be formally extradited to the United Kingdom to face a court hearing.