Researchers from the University’s of Huddersfield’s Archaeogenetics Research Group have published a DNA analysis which sheds light on the brutal political situation that caused a dramatic  population change following the Christian reconquest of Spain.

The researchers focused on a member of the then population who had been expelled from medieval Spain known as the ‘Segorbe Giant’ for his unusual height.

The genome sequence of the individual, who was discovered in an eleventh century Islamic necropolis from the city of Segorbe, near Valencia. 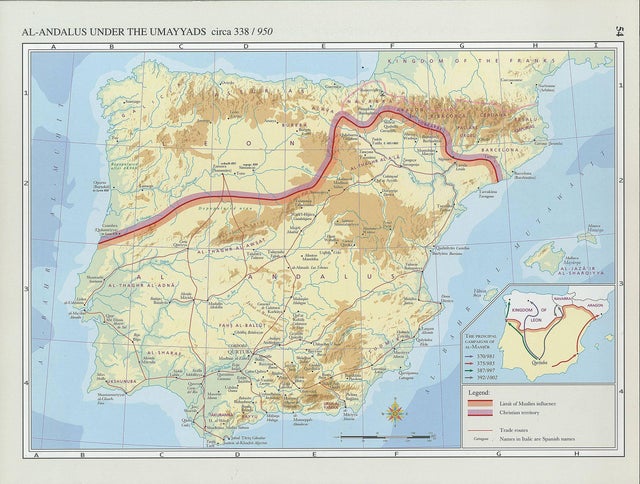 His skeleton had suggested that he might have some African ancestry.  Most of present day Spain had been progressively conquered by Arabs and Berbers from Northwest Africa from the eighth century onwards, creating one of the major centres of medieval European civilisation.

The scientists found that the “Giant” carried highly specific North African genetic lineages on both his male and female lines of descent – the Y-chromosome and the mitochondrial DNA – the oldest individual known to have this particular pattern of ancestry. This suggested that his recent ancestry was indeed amongst the newly Islamicised Berber populations of early medieval Northwest Africa.

His genome-wide ancestry showed that he also carried a significant amount – likely more than half – of local Spanish ancestry in his chromosomes.

What was especially striking, revealed Professor Martin Richards, Director of the University’s Evolutionary Genomics Research Centre, was that he was very unlike modern people from Valencia, who carry little or none of his Berber genetic heritage.

This can be explained by the changing political situation following the Christian reconquest of Spain as Dr Oteo-Garcia, who recently commenced work at the University of Parma, explained: “The decree of expulsion of Moriscos ­from the Valencia region, that is, Muslims who had already been forcibly converted to Christianity, was followed by the resettlement by people from further north, who had little North African ancestry, thereby transforming the genetic variation in the region.”

An article detailing the research and its findings has been published in the journal Scientific Reports entitled, ‘Biomolecular insights into North African-related ancestry, mobility and diet in eleventh-century Al-Andalus’.