The Spanish National Police and Swedish authorities have dismantled a “huge” drug smuggling operation leading to the arrest of 71 people in the two countries.

The gang generated enormous profits which were then laundered through the purchase of luxury items as well as premium properties on the Costa Del Sol, including, Estepona, Benahavís and Marbella, with an estimated worth of 14 million Euros.

The gang used a front Swedish removals company called Roslagen to transport drugs and used legitimate business customers as cover for their operations.

The company appeared respectable with offices in Stockholm and Gothenburg as well as Marbella and Torrevieja (Alicante), and which provided expat Swedes with removal services between the two countries. 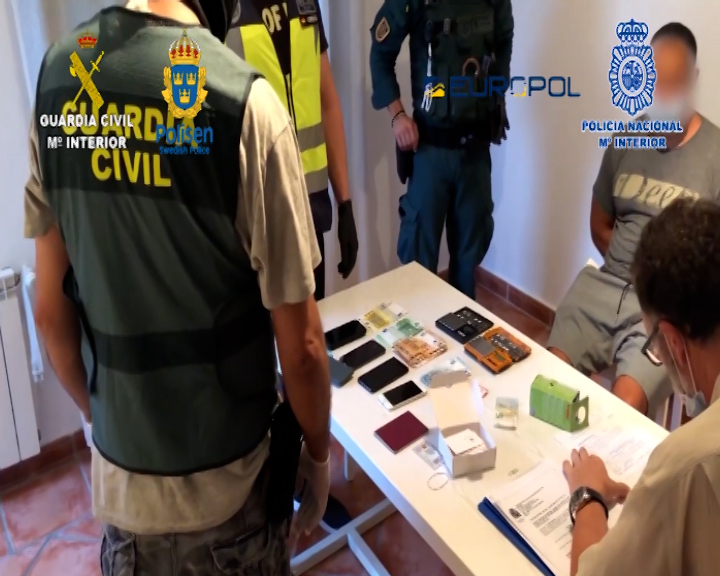 However the Swedish authorities tipped off the Spanish National Police in 2018 that ” certain Swedish individuals of great interest to the police” maybe related to the business.
This led to a surveillance operation on the company´s San Pedro Alcántara warehouse where ‘very strange’ activities were reported.

Soon after, Swedish police seized 85 kilos of hashish in Gothemburg, that had arrived hidden in furniture from the San Pedro Alcántara warehouse.

Suspecting a new shipment, the Spanish National Police raided the premises and arrested the manager and his assistant as they were preparing to move 265 kilos of hashish.

Simultaneously, the Swedish police arrested the two owners of the company and the Spanish seized 12 properties in the provinces of Malaga, Alicante, Ávila and Granada.

In a Spanish police statement it has been revealed that the arrested included real estate businessman Lars Gunnar Broberg, and his son Joakim.

In a further twist Broberg is the husband of Marbella mayoress, Ángeles Muñoz and Joakin her stepson.

The National Police said that the gang  acted like “real mafias” on the Costa del Sol: “With the investment of the huge profits from their illicit activities, they had a very real influence on the real estate market in the area.”

The investigation also ongoing into the gang´s  sophisticated money laundering operation including the investment in large quantities of gold and luxury goods, acting as intermediaries for foreign companies, and granting commercial loans to companies based in Spain.