The Civil Guard have arrested three people for kidnapping and harassing a waiter they employed at illegal parties in the Marbella area.

The three were also charged with causing serious injury to the victim as well as drug trafficking, violent robbery, intimidation, falsification of documents and identity theft.
According to the Civil Guard press statement the three were involved in organising and holding illegal parties in luxury villas along the Costa del Sol which they also used to distribute drugs. 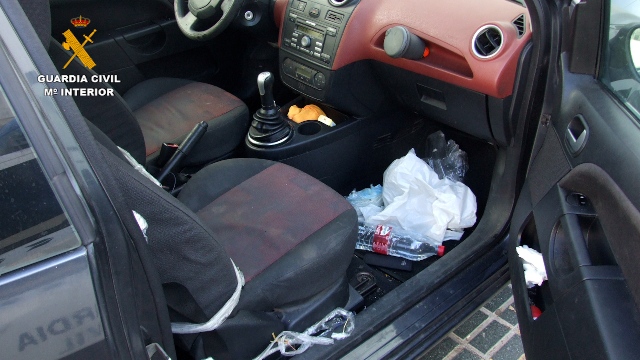 In addition, they were well known for selling balloons, which consist of balloons filled with nitrous oxide (laughing gas) whose inhalation produces effects similar to those of narcotic drugs.

The authorities launched Operation Marbellus on July 1st, after the young male victim, who had been cut with the initial M on his forehead, made an official police complaint claiming that he had been detained in Marbella for four days against his will and his captors demanding payment of 10,000 Euros for his release.

The victim worked as a waiter at parties organised by his kidnappers in luxury villas throughout the Costa del Sol. At these illegal events, drugs were sold to paying guests, especially pink cocaine and MDA.

During the pandemic lockdown illegal parties have been rife throughout the country. In March a DJ was shot dead in an apparent accident at a Marbella House Party.

At the end of one of these parties, one of the gang accused the waiter of stealing cash from the house.

The victim said he was threatened with a firearm and tortured while bound and gagged and where they simulated his execution.

Due to the extensive cuts and blows that the victim received, he lost consciousness on several occasions during the four days of his captivity.

His  captors demanded 10,000 euros in cash for his release, forcing him to call friends and relatives to pay the ransom. After the victim´s father deposited the money in his account, his captors took him to several ATMs in Marbella to extract the money.

The victim later managed to loosen his bonds and make his escape with his car by ramming it against the garage door of the villa.

He was then able to reach his home in Sevilla where he made the official police complaint.

After a search of the villa, officers found various narcotic substances for distribution including cocaine and MDA.