The Spanish Civil Guard have seized more than 600 tons of seeds and plants, as well as 116,000 litres of spirits in a major food and drinks fraud investigation.

The operation in conjunction with Interpol focused on wine and alcoholic beverages, honey, horse meat for human consumption, beekeeping products, as well as seeds and plants.

It is estimated that consumers have been defrauded of nearly 54 million Euros across Europe. 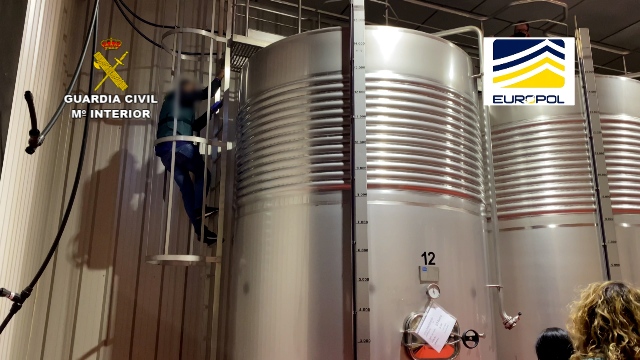 The Civil Guard led the Spanish element of Operation OPSON X, coordinated with Europol and Interpol, across Europe into “the counterfeiting, sale, labelling, trade, illegal distribution of food products as well a financial fraud”.

About 2,300 controls and inspections have been carried out in distribution centres, warehouses, commercial areas, means of transport, containers and tax warehouses, ports and airports.

The Spanish authorities have arrested 68 people, with a further 52 being investigated.

Charges include offences against public health, document falsification and fraud have been laid at the criminal network members.

Catherine De Bolle, Europol’s Executive Director, said: ” With more than 15 000 tonnes of illegal products seized, operation OPSON X illustrates the importance of cooperation between national authorities and the private sector in protecting consumers’ rights and the quality of the products we put on our tables”.

Food fraud has long been an issue in Spain, especially in the sale of olive oil and cheap alcholol that sells at a fraction of the retail price.

The operational phase which ran from December 1, 2020 to April 30, 2021, the Civil Guard instigated widespread surveillance on producers and distributors involved in agri-food fraud.