The Spanish Civil Guard have dismantled a violent drug gang, arresting 26 people, suspected of distributing hashish along the Gibraltar to Marbella coastline.

In a press statement, the Civil Guard, said the force had successfully concluded “Operation El Palo”, with the dismantling of the criminal organization, seizing 3,362 kilos of hashish, three narco boats, fuel, 16 vehicles (including two stolen luxury cars) as well as large amounts of ammunition. 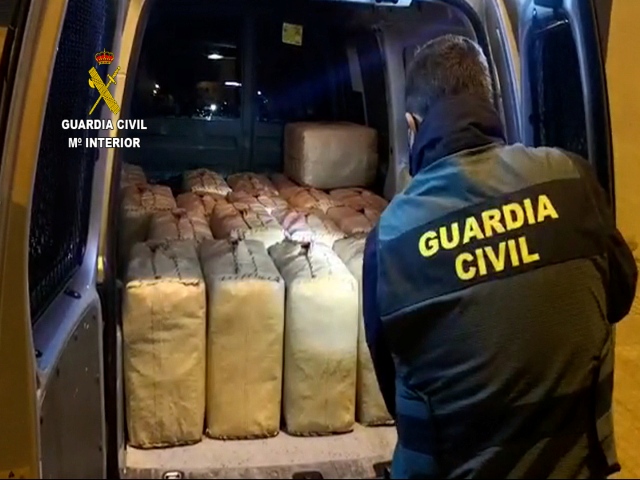 Additional charges were brought for the illegal possession of what officers called ‘weapons of war’ in reference to the heavy military machine guns, which were found at one of the sites.

The gang were said to be very violent and did not hesitate to ram their vehicles against Civil Guard vehicles.

The operation began months ago when a unit from SIVE of the Malaga Command detected a suspicious boat off the beach in the province of Malaga.

A land and sea search was initiated which led to the boats interception and seizure of 715 kilos of hashish as well as the narco boat and the waiting van which was to be used to transport the smuggled hashish bales.

The subsequent investigation soon identified other gang members and raids were carried out on 17 premises along the coast leading to the arrests of the gang.

The suspects are in custody awaiting trial.