The Spanish National Police have arrested eighteen people from a criminal gang involved in the smuggling of over 400 Albanian nationals to the UK and the United States in Tarragona, in North East Spain.

The organized crime group were dismantled following an investigation led by the Spanish authorities in cooperation with the Albanian Police and immigration authorities across Europe and the US with the EU’s Law Enforcement body, Europol. 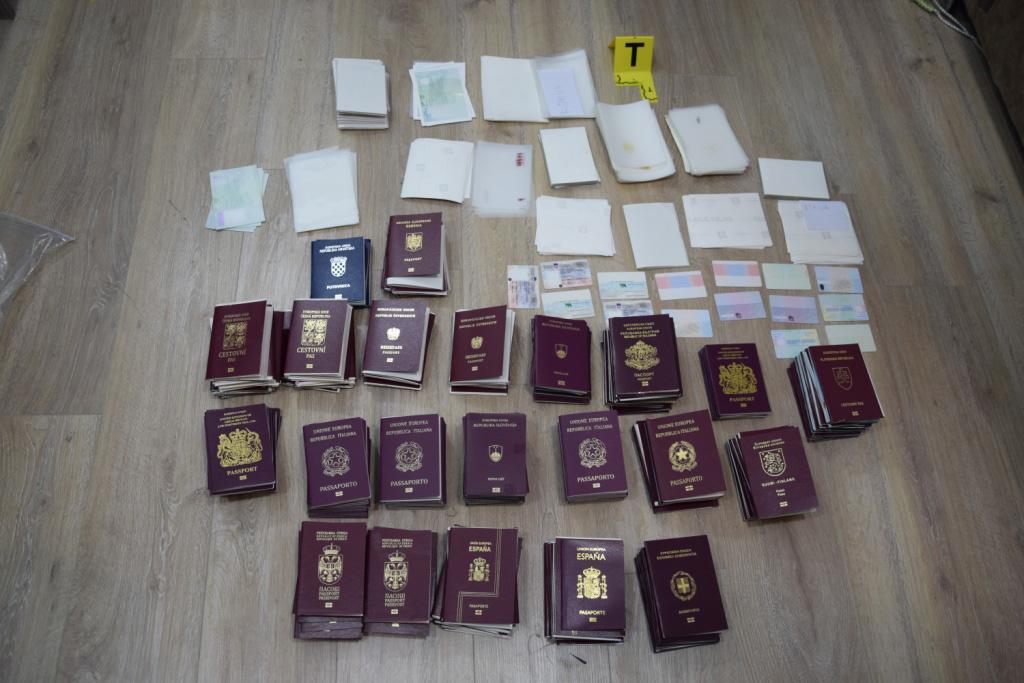 The investigation led to raids on two premises June 29 where police sezied a large amount of financial documents, counterfeited documents, a record of illegal activities, cash, and drugs.

The investigation in 2019 following the detection of the use of specific types of falsified documents by Western Balkan immigrants to reach the United States.

The initial phase of the investigation, focused on the dismantling of the groups operation  in the Caribbean island of Saint Maarten.

“Couriers travelling to Albania and Kosovo to distribute the falsified documents were also arrested in December 2020. In addition, four print shops for forged documents in Kosovo were dismantled in March 2021. Up to this point, the investigation has led to 46 arrests, more than 400 migrants identified at airports, and 1,000 false documents seized,” the statement published by Europol.

The criminal network based in the UK and Ireland managed the flights of the reception of Albanian nationals into those countries.

“From there, the suspect and his accomplices facilitated the illegal entry of migrants through various airports in Portugal and Spain into the United Kingdom while providing them with forged French identity cards. The operation in Europe is also connected to three ongoing criminal investigations in the United States,” the statement clarifies.

The investigation was coordinated by Europol, while it facilitated the exchange of information and provided analytical and forensic support. The agency also financed the deployment of officers from the Albanian State Police, who participated in the action day in Tarragona, Spain.