The Spanish authorities have confirmed that four people have died, one of them a child, when a migrant boat believed to be carrying up to 49 people capsized off the Canary Islands yesterday, Friday 10th June.

The tragic accident happened when the inflatable boat they were travelling in was nearing the shore off the island of Lanzarote when it capsized, throwing the migrants into the sea.

The director of the Emergency Consortium, Enrique Espinosa,  confirmed that 49 sub-Saharan Africans were travelling on the boat, 41 have been rescued, 4 have been killed, and a further five are still unaccounted for.

The accident happened at he same place that eight people were also killed in November trying to reach the island.

Local residents in Órzola alerted the authorities after hearing cries for help from the sea, in a rocky area about 600 metres from the port. 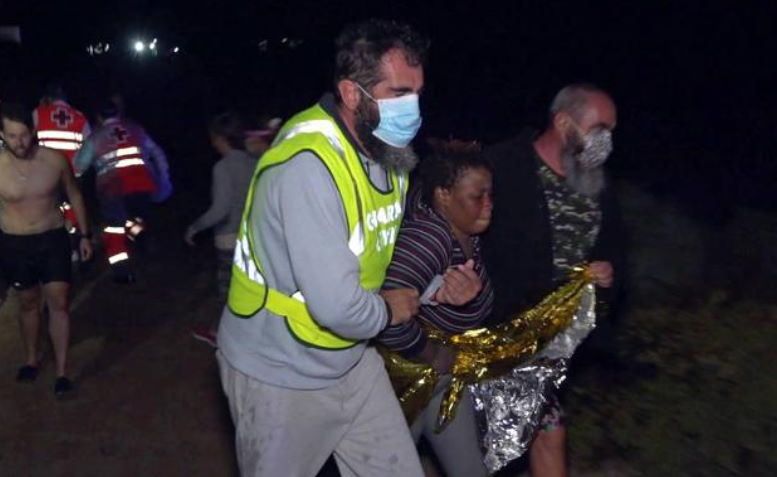 An emergency helicopter was dispatched to conduct a wider search of the area using tracking lights, to try to locate the ones unaccounted for in the sea.

The survivors were transfered to the Doctor José Molina Orosa Hospital in Arrecife to be treated for injuries and hypothermia.

The search for the missing five people resumed at first light this morning, which includes a baby whose mother couldn’t physically keep hold of her when the boat tipped over.

The incident is the latest to hit the Canary islands.

Last week there were two major arrivals in inflatable boats that had made the journey from the west coast of Africa.

On Thursday 113 people arrived including six babies followed by two more boats carrying a total of 110 migrants arriving on the islands of Fuerteventura and El Hierro on Friday.

The latest deaths in Órzola raise this year’s toll on the Atlantic route to the Canaries to more than 130 dead or missing, according to the U.N.’s migration agency’s Missing Migrants Project.