The Rainbow Family, a counter-culture hippy group that was founded in the early 1970s has found itself – once more – on the wrong side of the authorities.

This time in an idylic region of La Rioja, where the 56 residents of the peaceful hamlet of Mansilla de la Sierra, situated around 73 kms from the regional capital of Logroño, were dismayed to find that the caravan of hippies had arrived and pitched their tents. 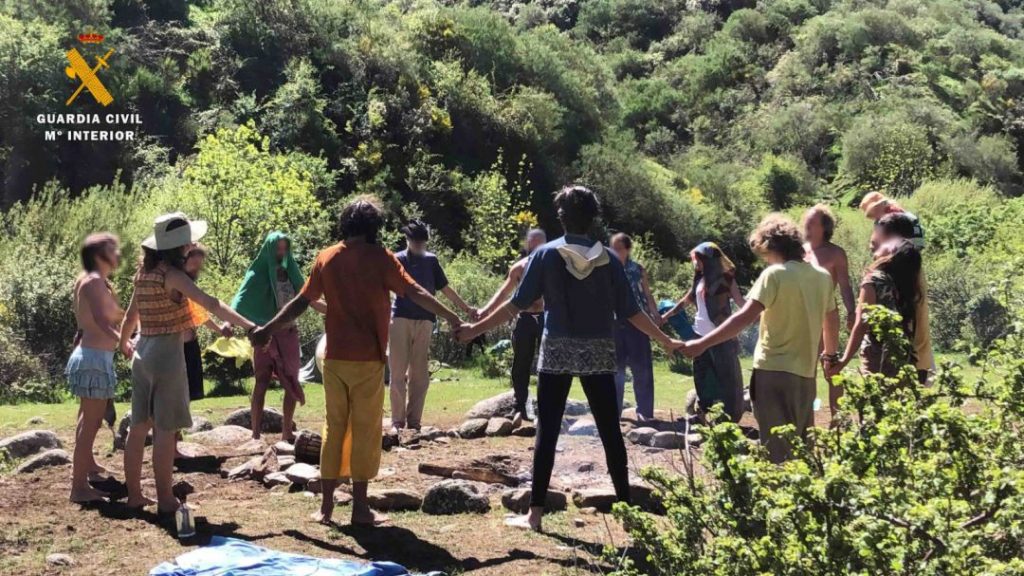 The communal group of free love and open living had arrived around two weeks ago, and were, it is believed, planning to live in the area over the summer months.

However the residents complained to the authorities who dispatched the local Civil Guard. Officers have already issued a hundred fines for various infractions such as illegal occupation of private land as well as failing to comply with anticovid measures.

The group is made up of about 200 people from various countries, who practice nudism and have several minors amongst them.

The so-called ‘Rainbow family’ was founded in the 1970s in the United States, and since then it has been dedicated to promoting peace, love and union with nature among its members. The members sing, dance and have sex in different areas of the world, moving from country to country according to the lunar cycle.

They had arrived in a large convoy of vehicles, which had been left on the side of a public road about 3 or 4 kilometers from the secluded camp site.

A spokesperson for the Rioja regional government, Sara Alba, said that the authorities were preparing to evict the group, and that “the measures to be adopted are being studied in co-governance with the affected municipalities.”