Ahead of the summer season, the UK´s largest low-coast carrier, easyJet, has inaugurated its new seasonal base at Malaga-Costa del Sol airport, due to an increase in demand as the travel industry progressively re-opens for tourism.

The new base, operational since June 1, adds to those that easyJet already has in Barcelona and Palma de Mallorca and consolidates the company’s presence in Spain, an ever-growing market for the airline. 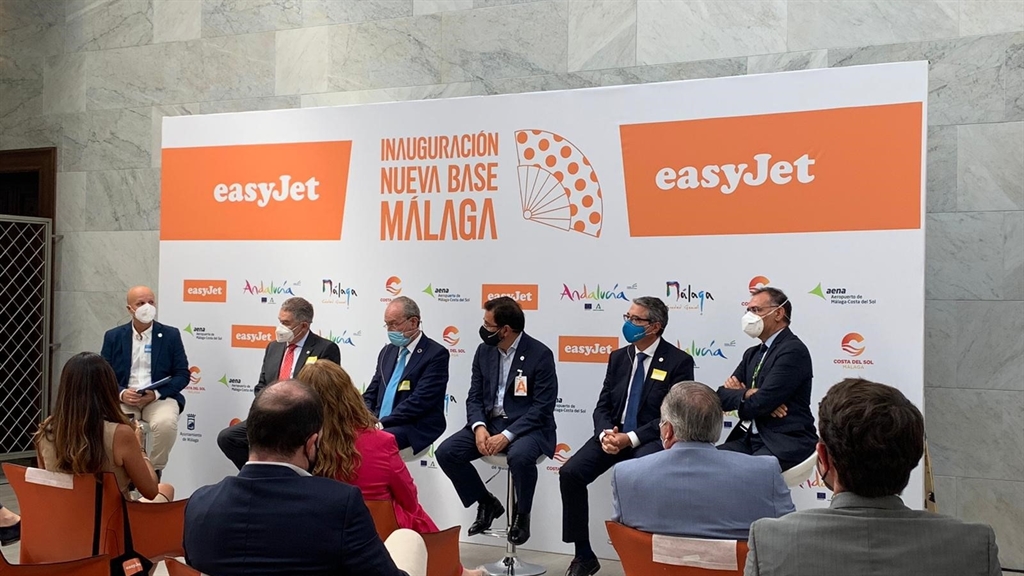 The airline  now base 12 aircraft in Spain where it employs some 400 employees and offers 14 routes routes across Europe, such as London, Berlin, Geneva, Paris and Amsterdam,

The opening ceremony started with the traditional arrival of the Airbus plane followed by the ribbon cutting.

The event was attended by leading dignitaries from the airline and regional government including Manuel Pablo Muñoz, Secretary General  of Tourism of the Junta de Andalucía and Francisco Salado, President of  Turismo Costa del Sol.

Javier Gándara, Director of easyJet for Southern Europe, said that “ Malaga was until now the most popular destination of our network where we didn’t have a base” and to be ready as  we know that there is pent-up demand for travel”.

The Secretary General for Tourism, Manuel Muñoz, said that the move signalled  demonstrates the strength of the community and that of Costa del Sol as a destination.”

The Mayor of Malaga, Francisco de la Torre, stressed that “this is good news since the opening of this new base in Malaga in itself generates jobs in the territory, but it is also an indicator clear that the airline is committed to the destination, has growth expectations and invests in it.”

The airline carried more than 48.1 million passengers across Europe in 2020 despite travel restrictions due to the pandemic.