The operation, entitled MAASDAM-LIBÉLULA, led to the seizure of 1,035 kg of hashish in addition to two high-powered “Narco” boats valued at more than € 300,000 each.

The authorities raided a variety of premises and freight transport depots in the provinces of Malaga, Pontevedra and Barcelona. 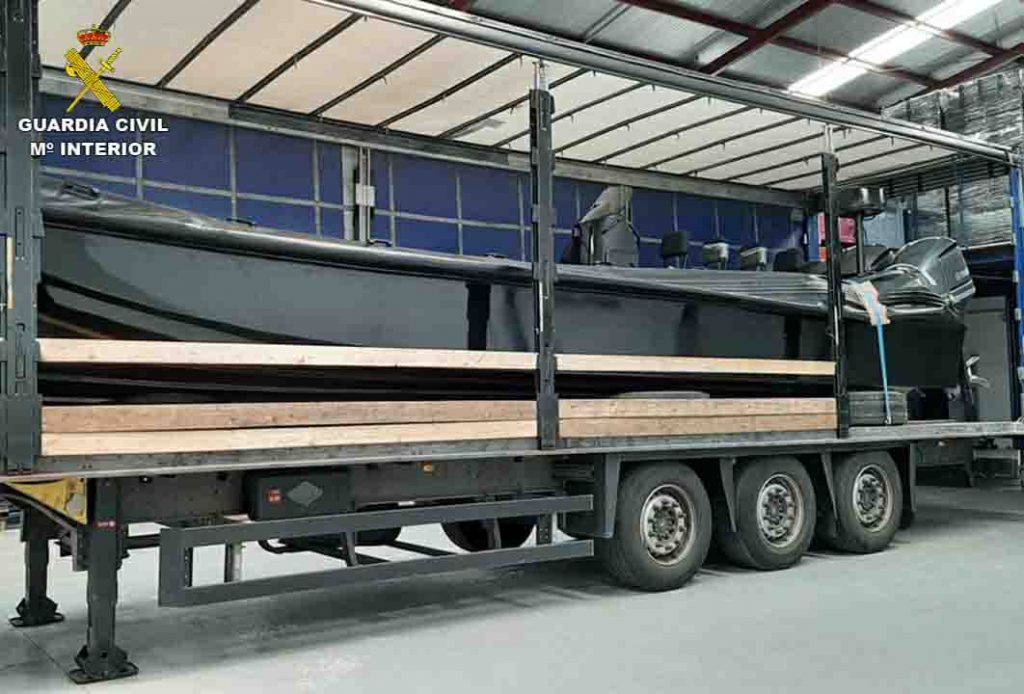 The operation revealed that the hashish was transported hidden among legal merchandise in the lorries that criss-crossed Spain.

11 suspected gang members have been arrested 11 people on the charge of smuggling the drug from Morocco to Spain and their subsequent distribution to other European countries.

The operation began, when specialist agents from the Organized Crime branch of the Civil Guard became aware of multi-national criminal group who were initiating the necessary contacts to transport the drugs via a front freight network.

The authorities had locatintercepted one of their lorries loaded with 705 kilograms of hashish hidden among an olive oil cargo bound for France last year.

It is believed that the gang suffered a furthrer blow when one of its Narco boats sank 40 miles off the coast of Granada with an unknown loss of life, followed shortly after by a helicopter crash near Sevilla resulting in the deaths of two gang members who had attempted to fly hashish into Spain from Morocco.

The gang´s luck continued to run out earlier this year with the seizure of one of their lorries carrying over 300 kilos of the drug in the province of Cadiz.