On Saturday 15 May, UK government staff and family members around the world took part in a unique, 24-hour global marathon relay to support global and local mental health charities. 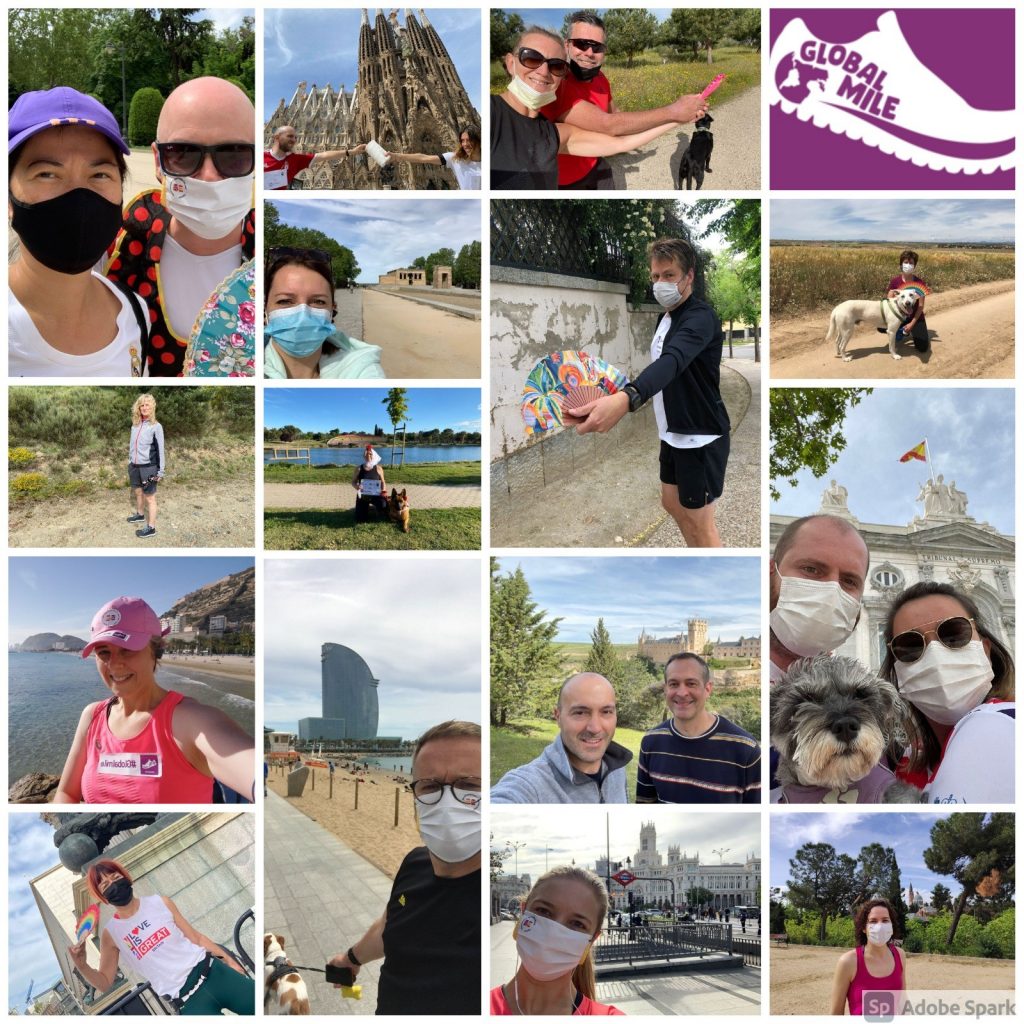 At 08:00 the british Ambassador to Spain, Hugh Elliott’s wife Toñi picked up the virtual baton from Riyadh and over 30 people from across the Spain Network then joined the run, kicking off their mile at 10-minute intervals, accompanied by children and assorted animals.

Participants included Ambassador Hugh Elliott, Consul-General Lloyd Milen, as well as staff from the Madrid Embassy, the Department of International Trade, and consulates in Alicante, Barcelona, and Palma.

Runners across the world chose different “batons” depending on the country with the fan being the baton of choice here in Spain.

See more of the action at: https://www.instagram.com/p/CO5XBdQj3Ue/