The Madrid cannibal who strangled his mother, chopped her up and kept parts of her in tupperware boxes whilst eating her piece by piece over the course of two weeks has been found guilty of murder after the court rejected his insanity plea.

Alberto Sanchez Gomez, 28, better known as the ‘Cannibal of Ventas’ and previously the ‘ Cannibal of Guindalera’ – being the two names for the neighbourhood where he lived – was found guilty of murdering his 66-year-old mother Maria Soledad Gomez by the fifth section of the provincial court in  Madrid this week.

The court concluded that the young man, who was 26 at the time of the incident, murdered his mother, cut her up using a saw and then ate her remains on 21st February 2019.

The prosecutor is seeking a 15 year and five-month prison sentence for the 28-year-old, the sentence will be confirmed in the next few days. 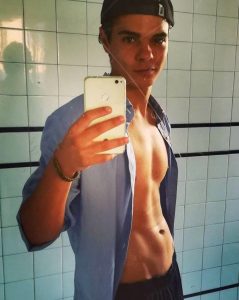 Gomez’s legal team pleaded a mental order defence claiming that Gomez had suffered a psychotic episode on the day of the murder.

However, following extensive analysis by a team of psychiatrists the court concluded that Gomez had not suffered a psychotic episode during the murder.

The court found that the young man pretended during his interviews to be suffering from psychosis often claiming that voices told him to kill and eat his mother in an attempt to fool authorities.

Although the court did confirm that he does suffer from several personality disorders including anti-social behaviour, paranoia and narcissistic traits.

The court did not consider these traits enough to justify the insanity plea by the defence.

Spanish media outlet 20 Minutos reported that the young man had told officers at the time of his arrest that he killed and ate his mother because: “She was making my life impossible.”

At the end of the trial, the ‘Cannibal of Ventas’ said: “I beg for forgiveness. Every time I think of my mother it breaks my heart.”