A nine-year-old boy has been airlifted to safety by helicopter after falling into a 16-foot crevice in northern Spain.

The boy, who has not been named, was walking the Monte Colina de Arredondo route in the Spanish autonomous community of Cantabria when he fell in the deep crevice on 14th February. 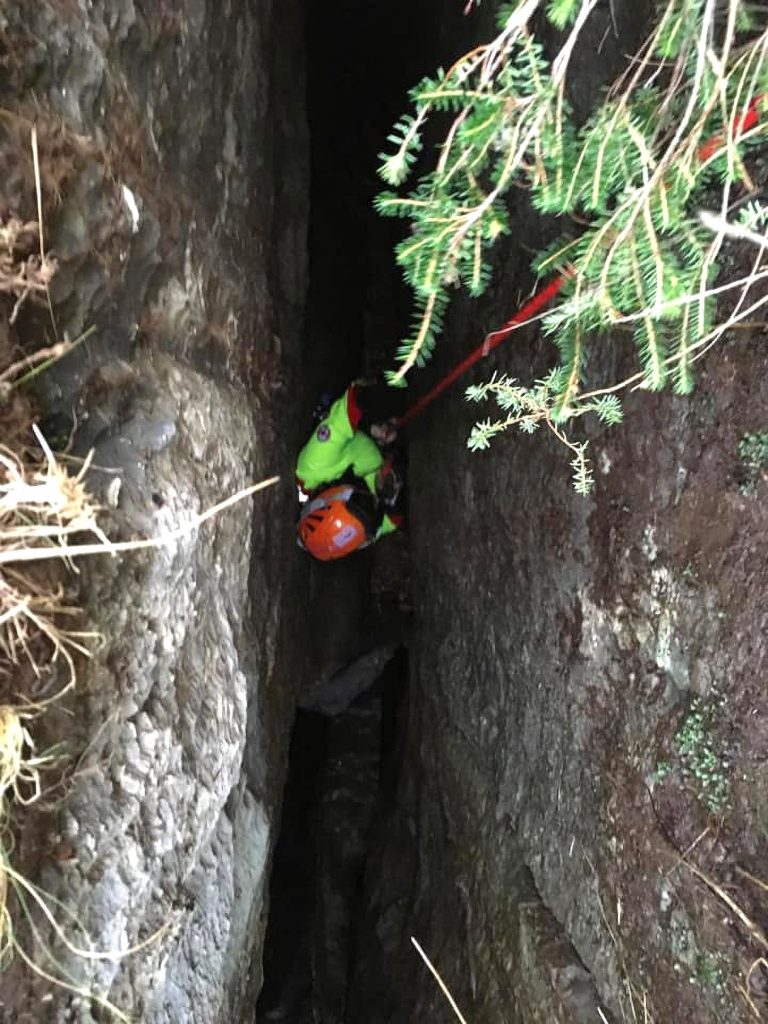 He was reported to be with his mum and a group of other people when he fell into a fissure in the ground which was reportedly five metres (16 feet) deep.

They immediately contacted the emergency services which dispatched local firemen and members from the Spanish Civil Guard to the scene along with a chopper from the Government of Cantabria.

One of the first responders managed to descend into the deep fissure and fasten the boy to a rescue harness before they were both lifted out by helicopter.

One of the pictures shows the man being lowered inside the crevice while another shows two people participating in the rescue looking inside the incredibly thin fissure.

According to a statement by the Government of Cantabria, the nine-year-old hails from the regional capital Santander.

The victim was not reported to have suffered any injuries and did not require any medical assistance after the incident.