Skip to content
Crime Rest Of Spain Top News
April 7, 2021April 7, 2021 Spain spain breaking news, SPAIN NEWS CRIME
The Spanish authorities have joined with forces across Europe to seize more than 5 million fake toys across the continent with a total value of over €16 million.
The international operation, named LUDUS was coordinated by Europol as well as other European judicial authorities including the anti-fraud office OLAF.

Over 4 700 inspections were carried out across 24 countries between 19 October 2020 and 31 January 2021 in order to detect the illegal shipment and storage of counterfeit toys.

To date  11 fraudsters have been arrested, with investigations ongoing in a number of countries to dismantle the criminal networks putting child safety at risk.

This is the first operation ever organised on such a scale targeting the sale of counterfeit toys. 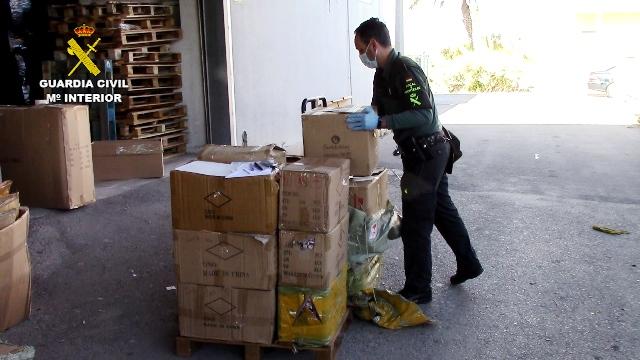 Spanish Civil guard officers carried out seizures in 41 locations and have so far seized over 150,000 fake toys.

The Spanish arm of the operation included more than 4,000 actions across the country, mainly in bazaars and wholesale warehouses as well as ports and airports leading to 41 criminal charges for smuggling, violation of property rights, falsification of documents, money laundering and belonging to a criminal organization.

All the seized toys were imported from China.
Across Europe some 4,768 inspections have been carried out leading to 11 arrests and a further 125 judicial cases opened.

Toy cars, board games and dolls from popular children TV shows feature among the most seized items.

The confiscated pieces were almost exact copies of the real products and were extremely hard to distinguish.

However, in almost all of the cases, the seized toys posed a serious health risk for children. These fake toys had not been subjected to the rigorous safety tests required by law and had no warnings or advice on the packaging.

More than 5 000 plastic toys seized in Spain which contained a toxic chemical that could damage children health and several other electronic devices confiscated in various countries which exceeded legal decibel limits for toys which could permanently damage a child’s hearing.