Spanish medical researchers are scrambling to find ways to treat a four-year-old girl who is the only person in the country suffering from an extremely rare neurodegenerative disorder.

Abril Merino from Badalona, in the eastern Spanish region of Catalonia, needs urgent help to relieve the symptoms of Hereditary Spastic Paraplegia 52, which include muscle rigidity, neurological degeneration, and communication problems. Still, the search for information and advice is made especially difficult because there are only about 30 children known to suffer the syndrome across the world — and only one in Spain.

Abril was born on May 25, 2016, after a normal pregnancy. Still, soon after, her parents, Jesus Merino, 42, and his wife Cristina, noticed she was not hitting the same developmental marks as other children, such as sitting correctly, crawling, or communicating. Hence, they sought help from a pediatrician.

After several tests, little Abril was eventually diagnosed, but that was just the start of her parents’ struggle to help her. There is very little known about the ultra-rare disorder that was only first diagnosed in 2011. 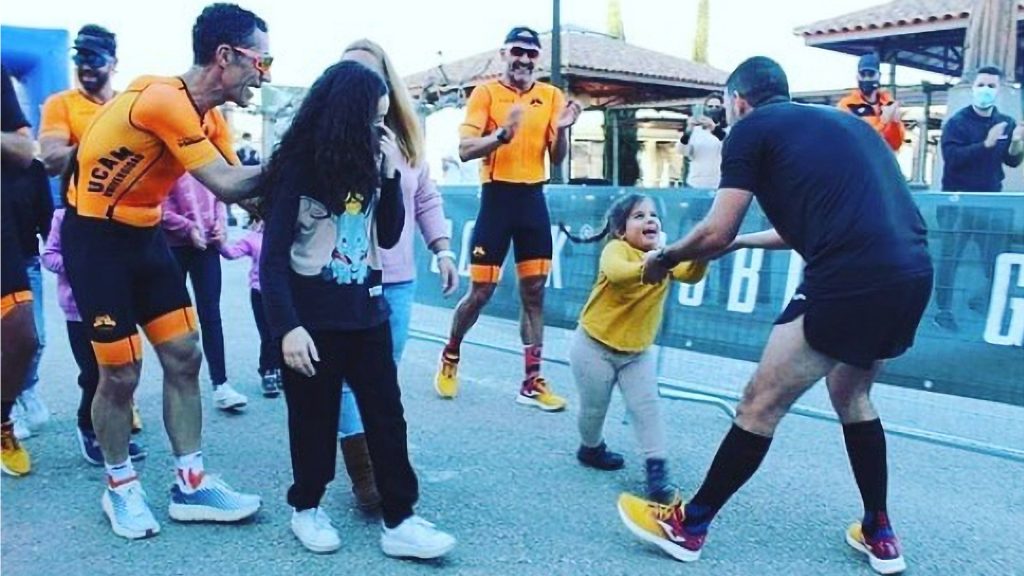 In an interview with Zenger News, he explained that the debilitating disease, which could be passed on by anyone, affects just four proteins. “In the case of Abril, the protein that is failing is the type 52, which causes muscle and brain problems.”

This causes Abril to suffer balance and coordination problems and a lack of muscle tone, progressing over time in rigidity and other symptoms that will eventually lead to her requiring a wheelchair.

He said that on top of her physical problems, she also suffers from intellectual disabilities that make her “totally dependent on her family”, requiring help to eat, move, dress, and walk.

On top of that, Abril suffers from epilepsy and needs to be watched all the time.

After the initial shock of her diagnosis, Cristina and Jesus resolved to find a way to secure a happy and independent future for their precious daughter.

“We created an association to collect money to invest in research for this disease,” said Jesus. He admitted the news hit them both very hard. “When you go to the doctor, and you have a cancer diagnosis, it is hard, but you know the doctor can give you some advice and treatments.

“But we were told the diagnosis and nothing else. We felt we were abandoned by the health care system because nobody knows anything, and it is difficult for somebody to get involved with it, as the university (Autonomous University of Barcelona) has done.”

The two managed to raise enough money through the association by selling charity products to approach the university for help.

Chillon explained they are currently working on treatments for Abril and other sufferers. They try to correct the patient’s cell mutation by inserting the correct copy of the mutated gene while blocking the faulty genetic structure.

The research team is also working on imitating the disease in cells from Abril’s mum and lab mice to find ways to correct the symptoms.

The main goal said Chillon is “to make the affected cells produce the lacking protein (in the hope they) could correct the disease forever.”

But this research needs time, and despite the doctors’ best efforts, they will need between two and three years to get it done.

“As it is a progressive disease, taking into an account that neurons are not recovered when they are lost, time is an element that plays against us, and that is why we are embracing the research from all points of view, working as fast as possible without compromising safety,” said Chillon.

The next step, which could take two years, is request the Spanish Medicines Agency authorization to start clinical tests on humans.Despite the investigation focussing on Abril’s rare disease, Chillon believes it will also help other progressive genetic disorders.

Meanwhile, life goes on for Abril, which means full-time care from her mum, who quit her job to take care of her daughter. Abril goes to a particular school. Her daily routine includes physiotherapy to avoid muscular rigidity and cognitive therapy to teach her how to communicate, and constant visits to the doctors.

Abril’s 11-year-old sister Ariadna is significant to the youngster. “Abril adores her,” said her father. “And Ariadna has known from the beginning about her sister’s condition, taking the situation much better than us.”

The parents have hope for the research the university is doing and are in contact with other parents from abroad whose children are suffering from the same disease, such as one case in Portugal and three girls in Italy.

“Abril is a very joyful girl, she is not aware of her disease, and she is happy and always wakes up with a smile, and that gives you the energy to keep on fighting for her,” said Jesus. “Because she is happy living, we want her to keep on being so and stop the disease.”

The proud father explained some favorite things Abril loves to do: eat and be with her sister, and especially to give Ariadna attention.

Meanwhile, the money collection is ongoing, not only on the website created by the parents called La Lucha de Abril but also on the University website where people can donate money fully to the research team.