The Guarda Civil have arrested a Spanish citizen in the North African enclave of Melilla on islamic terrorism charges.

The arrested man had immersed in a DAESH terrorist indoctrination process, has been remanded in custody awaiting trail without bail. 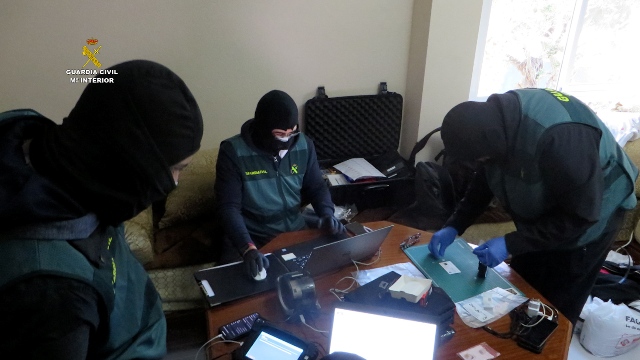 The surveillance operation started in 2020 by the Guardia Civil Information Service after a tip off from the Centro Penitenciario “Sevilla II” de Morón de la Frontera (Sevilla) where the the suspect had been serving an unrelated sentence and where he was observed an early stage of Islamic radicalization.

The Spanish authorities discovered that his behavious on release was of concern and found that he was viewing large amounts of islamic audiovisual content used as a DAESH recruitment and his public behaviour was reportedly becoming more radical.

When he house in Melilla was searched, several items were seized, mostly computer equipment, which proved that he had been viewing the official propaganda of DAESH on social networks.

The investigation was ordered by the Central Instruction Court number 2 and the National Court Prosecutor’s Office and carried out in collaboration with the General Secretariat of Penitentiary Institutions.

The study and analysis of the evidence continues in order to fully clarify the activity and connections of this man, which may lead to the opening of other lines of investigation.

Spain has been on a Level 4 Antiterrorist Alert since 2015, and the Guardia Civil has been at the forefront of the fight against Islamic terrorism.