A 59-year-old man has died after being trampled on by a bull at a picturesque lake in Spain.

The unnamed victim was trodden on his chest while visiting Lake Isoba located in the municipality of Puebla de Lillo in the north-central Spanish province of Leon, according to the Spanish emergency services. 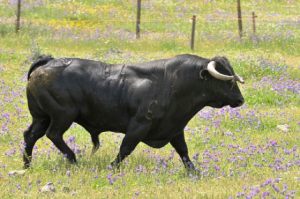 A Civil Guard spokesperson said the accident took place just before midday and that a helicopter arrived on the scene to airlift the man to hospital.

According to reports, an ambulance was also sent to the lake, but paramedics could only confirm the 59-year-old man’s death upon arrival.

A bull reportedly knocked the man over before stepping on his chest.

It is currently unclear whether the victim was caring for livestock in the area or if he was hiking to the lake for a day out.

Lake Isoba, of glacial origin, is around five metres (16 feet) deep and is located near the village of Isoba.

It is unclear whether the incident is being investigated by the local authorities.