25 Tourists Sent Back From Majorca In Holiday Chaos

The Spanish authorities have sent 25 tourists back from Majorca as soon as they landed in confusion as to whether the island is accepting foreign visitors or not. 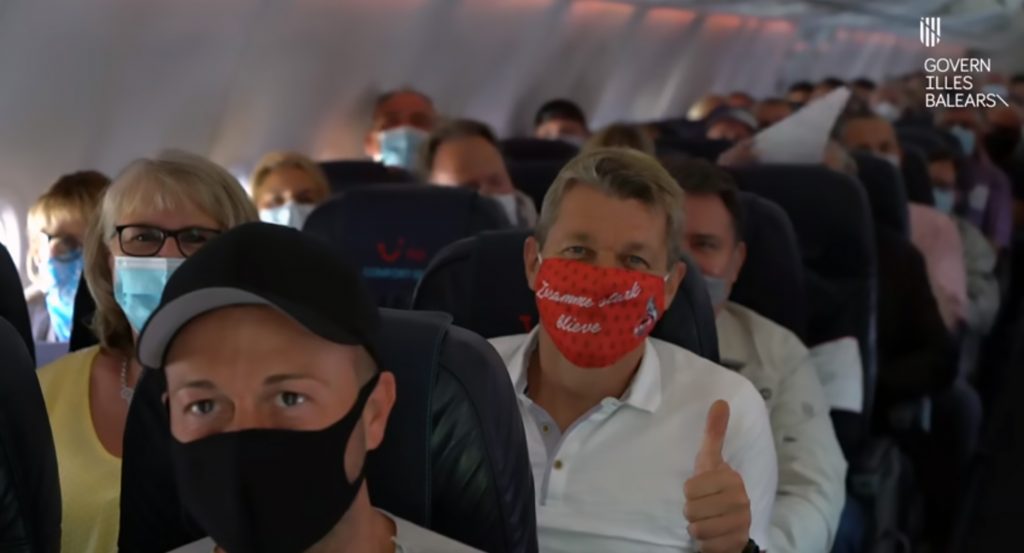 The 25 tourists, 10 flying from Munich and 15 from Zurich, were sent back on Monday, the first day that the Balearic Islands opened for international tourists, from Majorca’s Son Sant Joan airport.

However, the islands have only opened on a trial period, with two flights from the TUI group being involved in the scheme on Monday.

As the 25 were not on these flights, they were sent back to the countries they had come from as the Spanish authorities said they could not justify their trips.

Visitors arriving on flights which are not part of the trial scheme have to be able to justify their arrival in Spain, with working reasons, visiting dependent relatives or health reasons seen as acceptable causes for travel.

Among those sent back were families who had flown to Majorca for holidays, according to reports.

The incident comes after a British passenger and two German passengers arriving on a flight from Munich were sent back from Majorca on Sunday as they could not justify their trip. Reports state a total of 45 people have been forced to return after landing in Spain during the country’s lockdown.

The trial scheme will see 1,400 tourists landing in the Balearic Islands on six designated flights this week as Spain seeks to boost its tourism industry during its de-escalation from coronavirus lockdown.

All of them have book flights and hotels with operators selected by the government.

The country will reopen its borders to most tourists on 1st July, but it remains to be seen if visitors from the UK will be welcome without a quarantine period on this date.

TUI have also had to cancel a flight for 200 German tourists to Majorca on Thursday after the company feared they would not be allowed to enter as the tour operator changed their airline from TUI Fly, which had been designated by the Spanish government as accepted, to Eurowings.

According to the latest figures from the Johns Hopkins University, Spain has registered 244,328 cases of COVID-19 and 27,136 related deaths