A Spanish led archaeological survey team have discovered a 3,600-year-old mummy of a teenager discovered in Egypt with her bridal clothes and jewellery intact despite the tomb having been raided in the past. 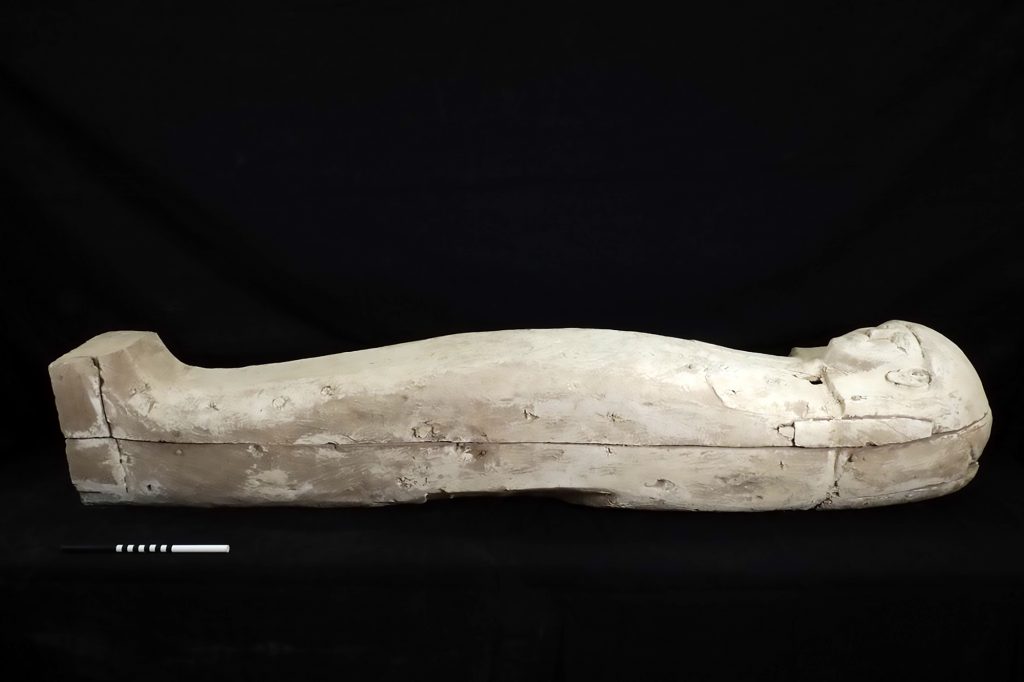 The discovery took place at the necropolis of Draʻ Abu el-Naga’ located on the West Bank of the Nile at Thebes in Egypt, located near the Valley of the Kings, by archaeologists of the Djehuty project.

Details of the excavation, which took place between January and February, have just been released by Djehuty project members.

The coffin is from the Seventeenth Dynasty of Egypt, classified as the third dynasty of the Second Intermediate Period of Egypt, dating back to 1580 to 1550 BC.

The Egyptian teenager was found lying on her right side with her bridal trousseau. She also had two earrings, two rings and four necklaces, one of them very valuable, according to the Spanish National Research Council (CSIC).

The coffin was painted white and had a unique inscription of a tree trunk and it was found near the burial place of the Ancient Egyptian Djehuty, who was Overseer of Treasury and of Works during the 18th Dynasty reign of Hatshepsut. 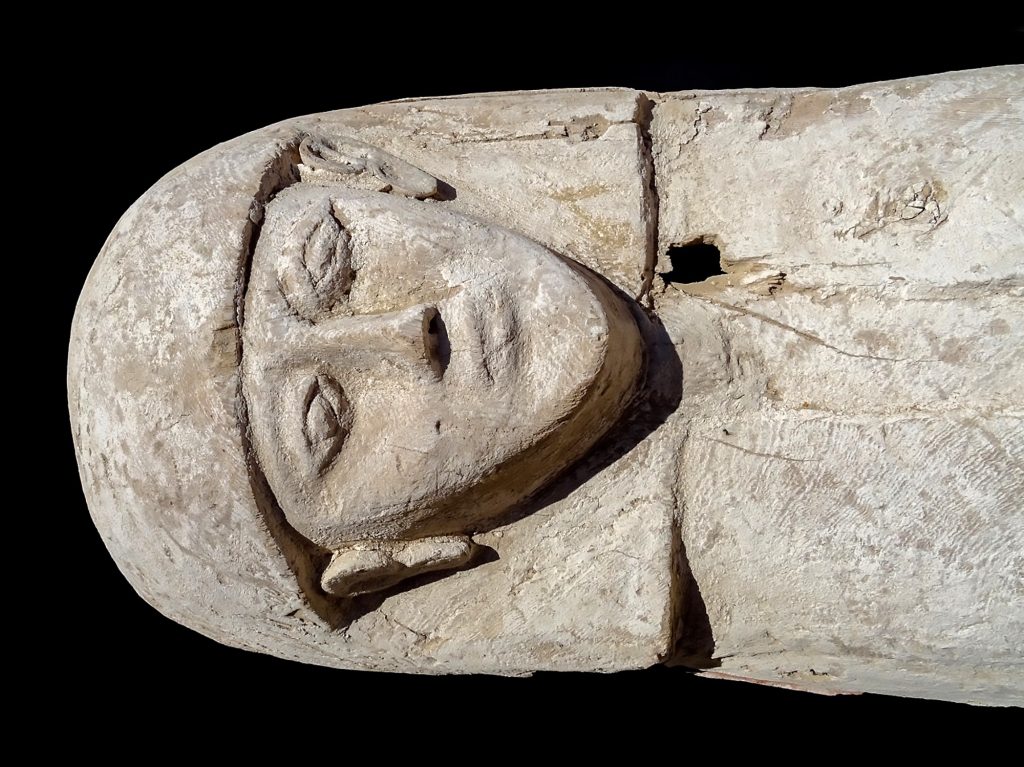 Experts said the coffin had been looted over time and was left on the ground, however it was treated “with a certain amount of care and without being opened”.

An X-ray of the mummy revealed that the woman was wearing two earrings in her left ear and two rings, one on each hand.

One ring was made of bone while the other was blue glass with a rope band, according to reports.

CSIC researcher Jose Manuel Galan said the fourth necklace is “more elaborate and valuable” because it is made of 74 pieces of amethyst, carnelian and other gemstones yet to be identified.

An amber falcon representing the god Horus was the central figure together with two Egyptian beetles commonly used as amulets.

According to reports, at least three kings from the same Egyptian dynasty have been found at the archaeological site along with their family members and other people from the area at the time.

The CSIC said that dozens of coffins have been found unprotected on the ground which is “unusual”.

Scientists also discovered a 22-centimetre long clay coffin that was still sealed with the original string.

Inside the coffin, there was a wooden human figure wrapped in four flax bandages tied to its neck and feet, one of them had an inscription that identified the owner as “Osiris, Djehuty”.