These startling images show patients lying on the floor in packed Madrid hospitals as the city is overrun with coronavirus cases.

The shocking scenes were reportedly recorded at the Infanta Leonor Hospital and the Severo Ochoa de Leganes Hospital in the Spanish capital Madrid, with the city having recorded 9,702 confirmed cases of COVID-19 at the time of writing.

In the first clip, reportedly recorded at the Infanta Leonor Hospital, patients can be seen lying on the floors of the corridors with face masks on and bedsheets below them. 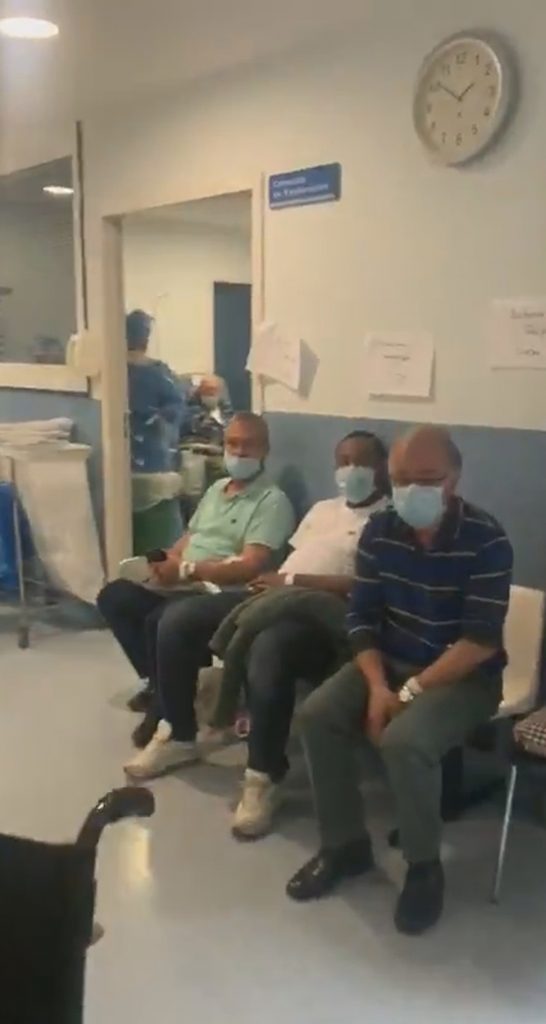 People can be heard coughing in the packed corridor as other patients sit on the rows of chairs.

A second clip shows a health worker walking through the packed corridors of the Severo Ochoa de Leganes Hospital, with patients lining the corridors on gurneys, with many heard coughing too.

Local newspaper El Mundo report the second hospital confirmed they “are not admitting more patients” as they are at “maximum capacity”.

The newspaper report representative for the General Union of Workers Javier Garcia said the situation at the hospital is “dramatic” with the emergency ward “at three times its capacity” and “people without a bed, sitting on plastic chairs for more than 30 hours”.

Garcia added: “This morning I saw a person on the floor between two seats. Emotionally, this is terrible.”

Mercedes, a representative for the Workers’ Commissions union, said that on Friday morning there had been 240 people in the hospital’s emergency ward when the capacity is 80 patients.

Jorge Mora, a representative of the healthcare union SATSE said that Infanta Leonor hospital seen in the first clip is “at maximum capacity” too with more than 500 patients admitted for COVID 19, with 300 confirmed and 230 under observation.

The hospital has reportedly begun to move patients with “critical criteria” to the Colon Hotel where a medical space has been created to relieve hospitals of numbers.

Madrid has also converted a major conference centre named IFEMA into a temporary hospital to deal with the wave of patients flooding the healthcare system.