Catalan police have refused to rule out terrorism after two men in a car ploughed through the doors of Barcelona airport today – and one suspect made an ‘Islamic proclamation’ when arrested.

Catalonia’s local police force the Mossos d’Esquadra announced they had arrested two people after they drove into Terminal 1 at Barcelona’s Prat Airport at 5 am today (Friday). 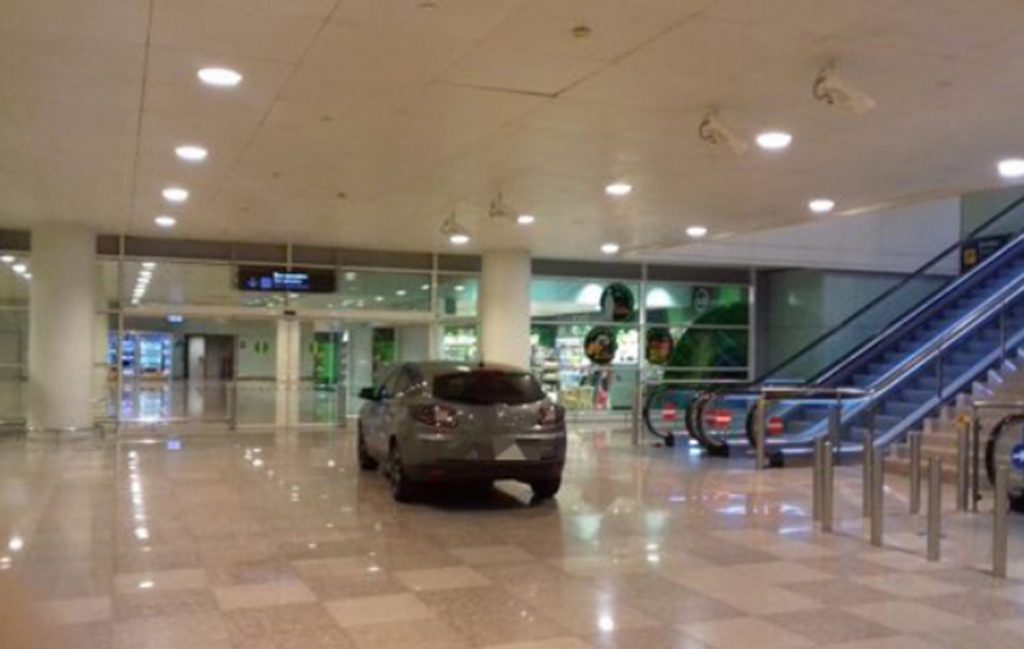 Reports state the Renault Megane had entered into the area in front of the terminal where only buses and taxis are permitted before being driven into the terminal through the rotating doors.

The driver stopped the car in front of the escalators and the pair, who are reportedly of Albanian nationality, were arrested with great resistance, according to police sources.

Chief Commissioner of the Mossos d’Esquadra Eduard Sallent told a press conference that one of the suspects had made “an Islamist proclamation upon being arrested”.

Sallent said investigators were working to find the motive for the incident, with no hypothesis being ruled out, including terrorism. He said neither suspect had a criminal record linked with terrorism.

Spanish newspaper La Vanguardia reports witnesses heard one of the pair shouting “Allahu Akbar” but this was not confirmed by the authorities.

A source from the airport told Newsflash that one of the suspects had tested positive for an unspecified drug and La Vanguardia report he has been taken to a hospital where he remains.

The Technician Specialist in Deactivation of Explosive Artifacts (Spanish: Tecnico Especialista en Desactivacion de Artefactos Explosivos or TEDAX) confirmed that the vehicle did not contain explosives.

Local media report the airport has continued to function normally but with the metro entrance closest to where the incident took place closed.

No injuries were reported and the airport was reportedly extremely quiet due to Spain’s lockdown for coronavirus.

The case has been shared with the Public Prosecutor’s Office of the Spanish High Court and the investigation is ongoing.