Spanish actress Cristina Pedroche has been mocked for wearing this black dress under tailor made gold body armour for a New Year’s Eve TV special that netizens said made her look like C-3PO from the Star Wars saga.

The 31-year-old actress and TV personality shared the photos on Instagram for her 2.5 million followers after presenting Spain’s New Year’s Eve special ‘Twelve Grapes’ in the central capital Madrid.

The gorgeous brunette, who caused a stir last year when she donned a see-through outfit for the TV special, wore a golden cuirass, a piece of armour consisting of breastplate and backplate fastened together.

The outfit, called ‘Venus MMXX’, was designed by Jacinto de Manuel and Pedroche said it made her feel “invincible and unstoppable”

According to local media, the golden body armour was tailored to the TV star’s curves and moulds were made to get the right specifications.

However, many netizens blasted her extravagant get up, with ‘Mcbirra’ posting a snap of the ‘Star Wars’ character C-3PO with the message: “Pedroche wishes you a happy 2020.”

‘Criist1an’ also posted a photo of the golden droid alongside R2-D2 while ‘Alitorcano’ said: “Pedroche’s outfit is a mix of C-3PO and Ned Flanders’ ski suit.”

She was also criticised for posting a snap of her celebrity husband, TV chef David Munoz, groping the body armour’s breastplate as if squeezing her breast. 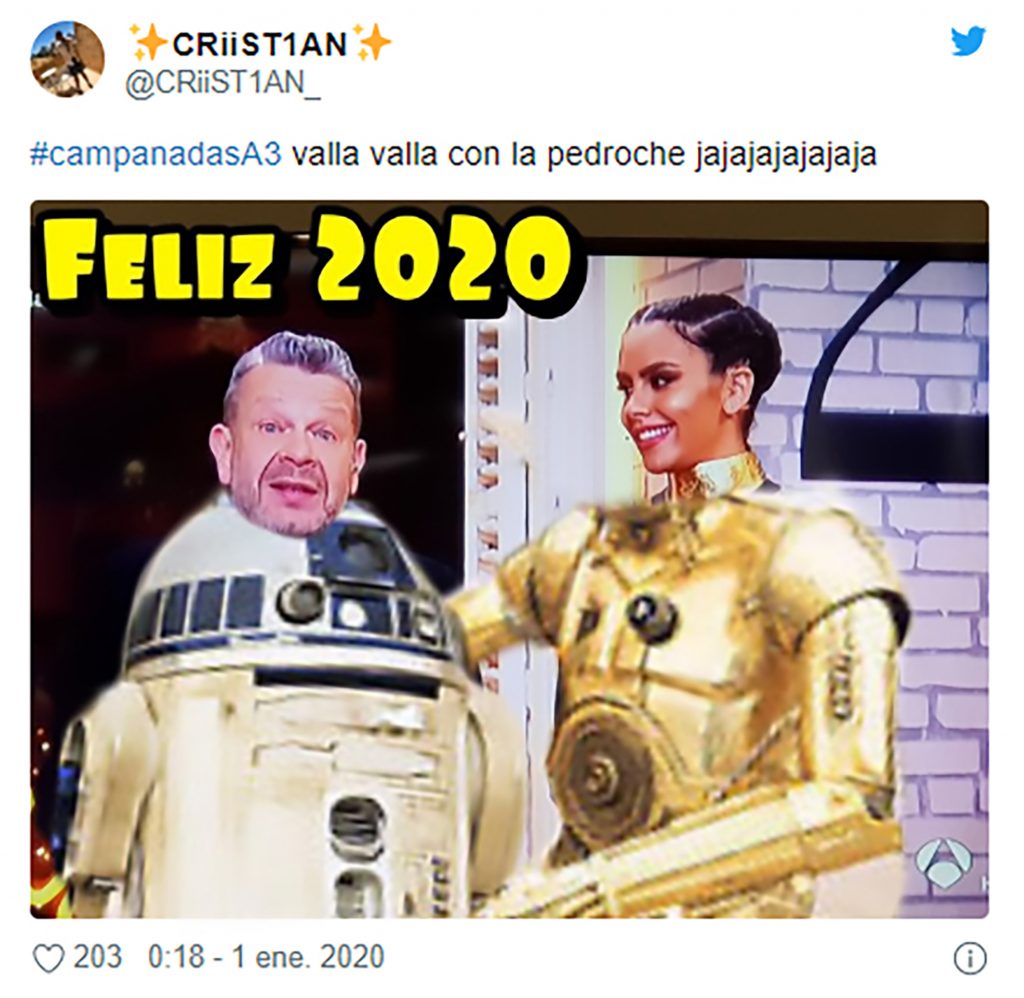