This is the moment a young woman tries to leave a busy shop with a mum’s toddler before being stopped in her tracks by an alert store owner.

The incident took place in a pound shop of the town of Roquetas de Mar in the south-eastern Spanish province of Almeria and the police arrested the unnamed woman suspect afterwards.

In the footage, the young suspect is seen approaching a toddler in a stroller while his mum is away looking for something.

She talks to the child for a few seconds and then tries to walk out of the shop with the stroller, however, the alert store owner suspects something is not right and he is seen preventing her from leaving. 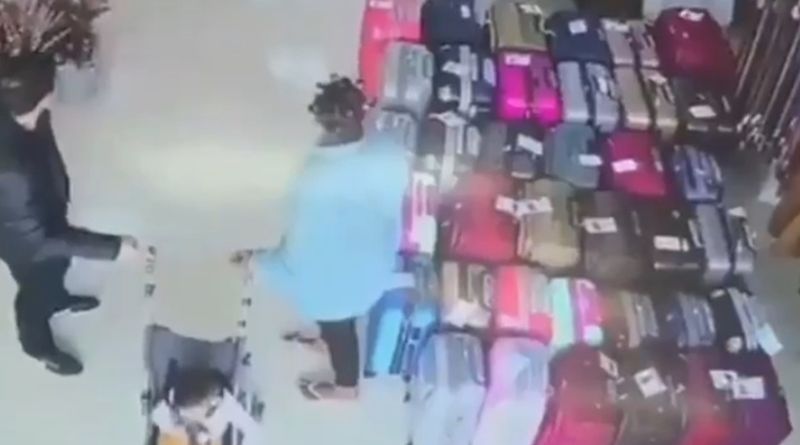 The owner then summons over the angry mother, named Soraya, and the suspect returns the child to her.

The mum reported the incident to the police and the suspect was arrested by the Spanish Civil Guard shortly afterwards.

According to local media, the suspect was taken to a psychiatric to undergo tests as she reportedly suffers from mental health issues but was later released.

The 20-year-old woman is from Ivory Coast and has lived in Almeria for the last two years.

After the video appeared on social media, there were rumours that children trafficking gang was operating in the area, but this was quickly denied by the Civil Guard, according to local media.