This man filmed slapping people in the street in Barcelona has been dubbed a “vigilante” targeting suspected “pickpockets.”

Twitter user ‘Alex’ posted the video of himself targeting people he claimed were pickpockets in the streets of Barcelona in the eastern Spanish region of Catalonia.

It was widely republished by Spanish media like respected daily newspaper La Vanguardia and TV station Antena 3 although his account has now been suspended for breaking the rules of the social network.

They described the man as a “vigilante” who targets “pickpockets.”

In the video, the netizen records himself walking up to alleged pickpockets and giving them a light slap on the neck before telling them to run away.

He can be seen telling one alleged thief to leave, adding “give me the map, you know the city perfectly”, seemingly implying the suspected pickpocket was posing as a tourist.

There is no indication as to what the attacker uses to identify who are pickpockets and all of those key targets do not wait around to argue and are seen leaving after his assault. 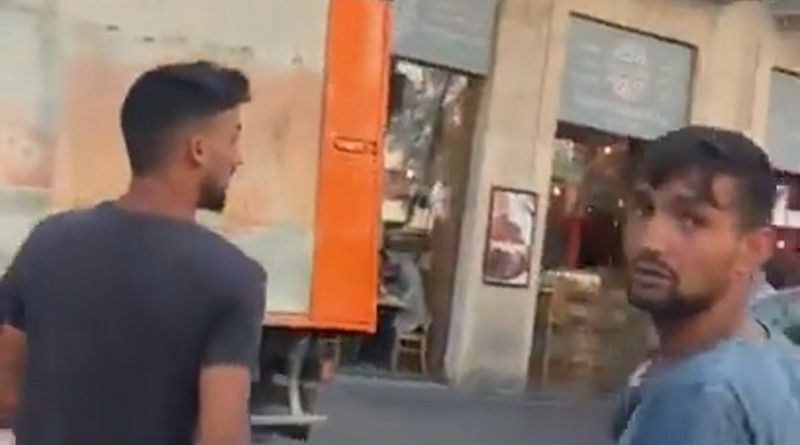 The video comes as a wave of pickpocketing and violence has reportedly hit the city, and a group of volunteers have taken to watching over metro stations in the city, inspired by the famous Guardian Angels of New York.

The Mayor of Barcelona, Ada Colau has called for a debate increasing the seriousness of the treatment of those caught pickpocketing.

Local media report that in 2015, the penal code was modified in order to allow pickpockets who often commit crimes to be sent to prison for between one and three years if they had been sentenced before for at least three similar crimes in the previous six months.

However, in 2017, the Supreme Court said the new penal code could not be applied when the criminal reports were linked with non-serious crimes, such as thefts under 400 euros, which are the most common crimes among pickpockets.

It is unclear what action the police are taking about the video either against the attacker himself, or over his claims to have identified pickpockets.