This footage shows a badly-flooded street in northern Spain on Tuesday just days after severe storms wreaked havoc in much of the south of the country.

According to local media, the authorities in the city of Valladolid in the northern Spanish region of Castile and Leon have had to close road tunnels due to the torrential conditions while several streets have collapsed due to flooding.

Between the hours of 9.20 and 10.30pm, the emergency services in Castile and Leon received 150 incident reports related to the devastating weather conditions.

Of the 150 incidents in the large autonomous community, 132 were registered in Valladolid where 34 litres of water per square metre was recorded in one hour of rainfall.

According to local media, cars were either trapped or crushed by felled trees while roofs were damaged on numerous buildings throughout the city. 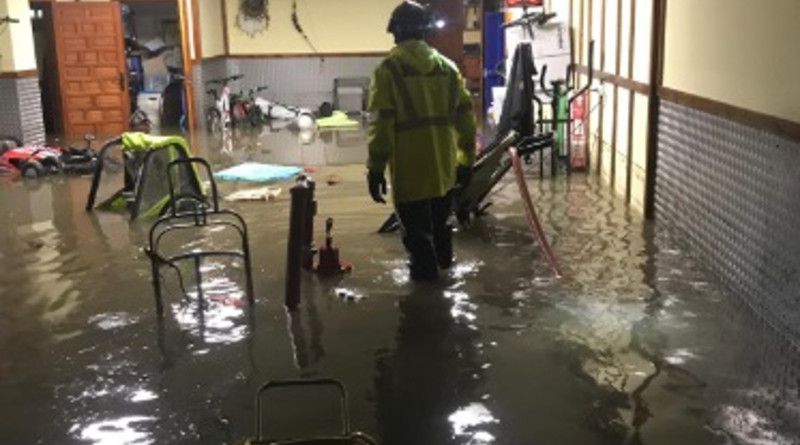 Meanwhile, many homes and underground car parks reported serious flood damage as the torrential rainfall was accompanied with winds over 50 kph (31 mph).

Reports said that Valladolid has been placed on orange alert while the rest of Castile and Leon remains on yellow level.

The local fire brigade urged motorists “to remain calm” on social media after numerous vehicles were abandoned after becoming trapped in the floods.