This is the moment a police helicopter camera zooms in on a motorist playing with a Rubik’s Cube as he is speeding along the motorway.

The footage, filmed by a Pegasus radar helicopter operated by the Spanish Traffic Office (DGT) in an unspecified location in Spain, shows the driver travelling along the motorway at speeds of up to 128 kph (80 mph).

In the video, the unnamed motorist is seen trying to solve the Rubik’s Cube for nearly half a minute while driving.

The DGT accompanied the video with the message: “Driving and playing with a Rubik’s Cube at the same time is not very prudent, don’t you think? Use your head.”

Unfortunately for the driver, he was caught red-handed and will reportedly be fined as a consequence. 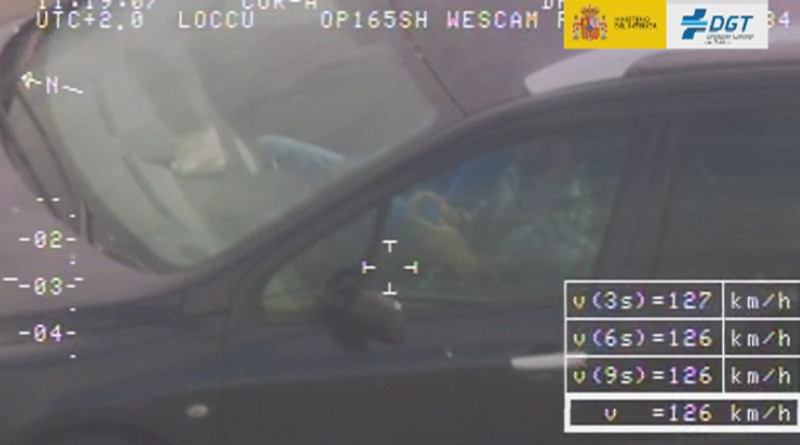 A DGT spokesperson told Central European News (CEN): “He will be fined. The footage will be used as evidence and the Civil Guard will be given due notice and instructed to stop him to issue a 200-EUR (177-GBP) fine with three points deducted from his driving licence.”

According to local media, driver distraction is the highest cause of road accidents in Spain.

According to a 2017 study, 33 percent of accidents were caused by driver distraction, 29 percent were due to speeding and 26 percent were alcohol-related.