This is the moment a panicked bull’s horns are set on fire in a packed bullring during a traditional Spanish festival causing the poor beast to jump around wildly as a man grabs his tail.

The traditional ‘toro embolado’ (‘bull with balls’) event, known as ‘correbous’ in Catalan, took place in the municipality of Amposta in the north-western Spanish region of Catalonia.

In the footage shared by the animal rights group ‘Coordinator for the Abolition of the Correbous’, viewed over 360,000 times on Twitter, the bull is seen with its horns alight in the packed arena as workers cut the ropes to free the animal.

One cruel worker pulls the panicked bull’s tail and its falls to the ground before getting to its feet and trying to shake off the fire off its horns. 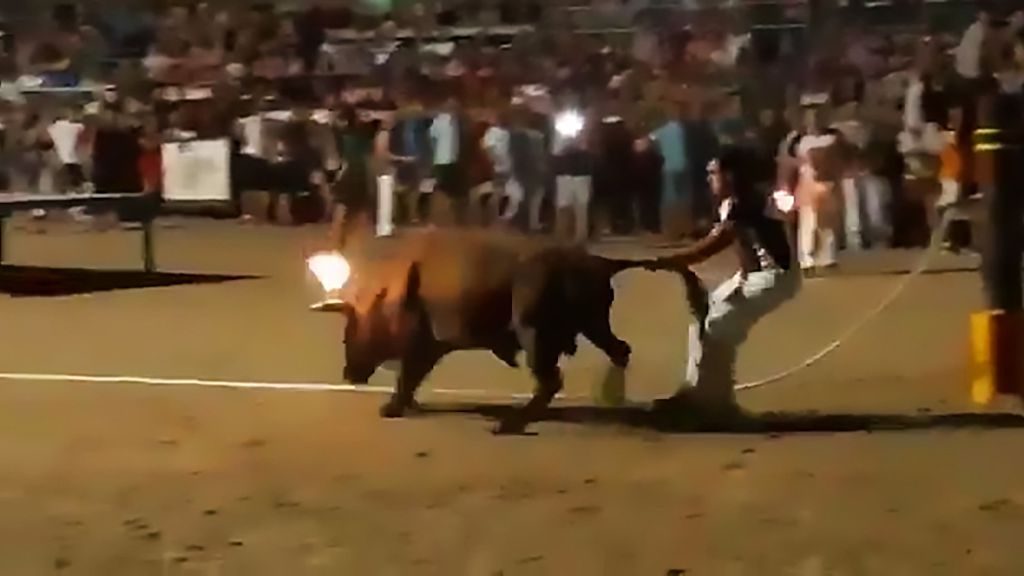 The suffering animal then tries to look for a way out before charging at spectators.

‘Coordinator for the Abolition of the Correbous’ said on Twitter: “This is a sick show where the victims suffer violence, humiliation and terror while on fire and, in panic, desperately look for a way out.”

The animal rights group has joined other Catalan organisations such as Tots Som Poble (We Are the People) in calling for the practice to be banned.

One Twitter user said: “Humans are the worst thing to have ever happened to animals.”

It is unclear what happened to the bull after the event.