The Loro Parque zoo in the holiday island of Tenerife has welcomed two adorable Emperor Tamarin monkey twins as seen in this video.

A spokesperson for the zoo, based in Puerto de la Cruz in northern Tenerife, the largest of the Spanish Canary Islands, said: “It is the second time this species has bred in the park, which goes to show the level of the animals’ welfare in our facilities.”

The zoo released images of the cute Emperor Tamarin (Saguinus imperator) twins on the back of their dad.

With this species of New World monkeys, the male usually carries the offspring until they become independent of their parents, and gives them to their mother from time to time for nursing.

A spokesperson said that two pairs of twins have been born in the zoo in the last year.

Emperor Tamarins, named after their resemblance to German Emperor Wilhelm II, originate from the forests of Bolivia, Brazil, Colombia and Peru.

They have characteristic whiskers, claws instead of nails on all fingers except the thumb, and two teeth instead of three on each side of the jaw, aspects that differentiate it from other species of monkeys. 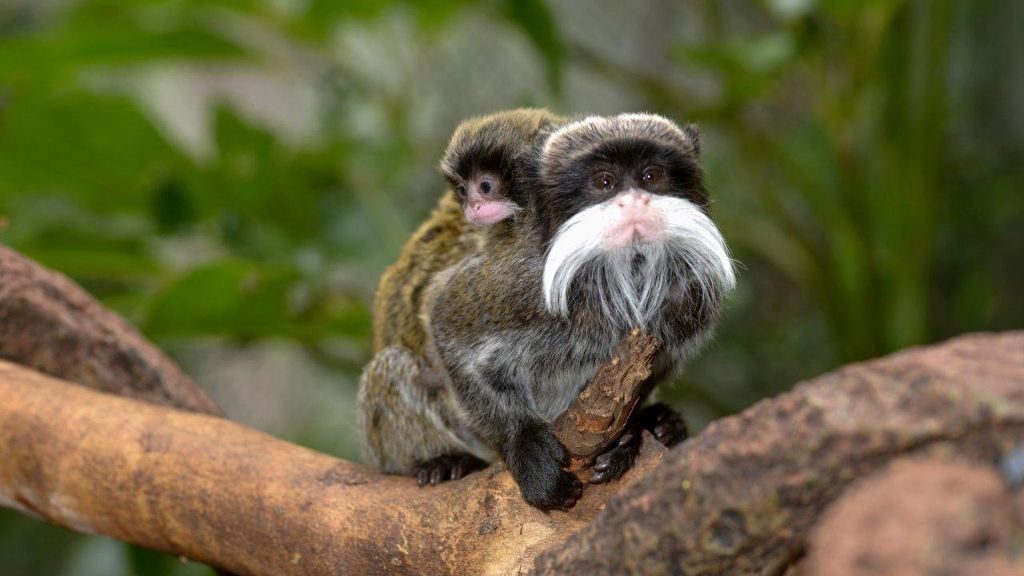 In April, Loro Parque, voted the best zoo in the world by TripAdvisor reviewers, released images of their World Population Clock passing the 7.7-billion-people mark and warned that the figure could spell danger for animals.

The Loro Parque Foundation, an integral part of the zoo, claimed that the world population could exceed 8 billion by 2023.

According to the zoo’s World Population Clock, based on estimates by the United Nations’ Department of Economic and Social Affairs, the world could see 10 billion inhabitants by 2056.

The growing population is driving animals out of their habitats, according to the Foundation.

It is estimated that there were over 29 million elephants in Africa before the Europeans arrived. However, as early as 1935, the population had dropped to 10 million and now stands at around 440,000, according to the International Union for Conservation of Nature (IUCN).

This same scenario happened with blue whales, whose Antarctic population dropped from 340,000 to just 1,000 in less than a century.

The UN’s estimates show that 57 percent of the world’s population lives in cities, far away from regular contact with nature and animals. By 2050, that number is expected to exceed 80 percent.

According to the Foundation, dwindling resources, deforestation and pollution are consequences of overpopulation that are affecting everyone.

For this reason, the foundation claims that conservation centres like Loro Parque are “more important than ever” and “necessary to maintain living contact between animals and the public”.

They said in a statement: “The mission of modern zoos is to fight to preserve endangered species, work to increase scientific knowledge about different species to protect them, and seek to inspire love and animal protection in all their visitors.”