This is the moment a bull charges into a fence at a Spanish festival and a 12-year-old boy is sent crashing to the ground before the bull then repeatedly hits him with its horns.

The startling incident took place during the local festivities the town of Tavernes de la Valldigna, in the eastern Spanish region of Valencia as crowds had gathered in the stands of a bullpen for a bull-running event.

In the video, one of the bulls can be seen charging into the metal fence of the pen and the fence gives way, sending a 12-year-old boy above crashing to the ground in the pen.

The bull then hits the boy with its horns as onlookers scream and then rush to try to distract the animal. The youngster is then carried to safety and local media reported on Sunday said he was still under observation.

There are no updates on his condition but it has been confirmed that he was not seriously injured in the incident. 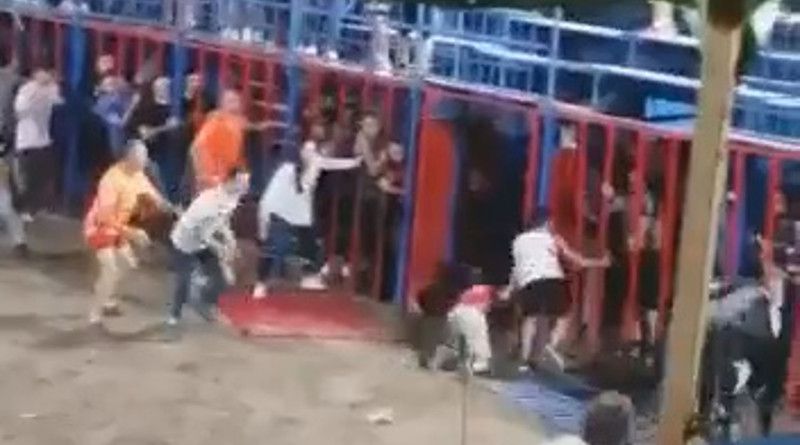 The Spanish animal-rights political party PACMA shared the video and reported on social media that they are readying a report after what had happened, as they claimed childhood protection laws are broken at these kinds of events as there are children witnessing the incidents.

The festival is said to have continued after the incident after the authorities checked the security measures. The bull events at the festival will continue until next weekend after beginning on 14th September.