This is the moment a gang of alleged traffickers unload their cargo in broad daylight on a busy beach in the Strait of Gibraltar.

The incident took place in the area known as Guadarranque, in the beach of San Roque, in the Strait of Gibraltar, in the southern Spanish province of Cadiz in front of beachgoers. 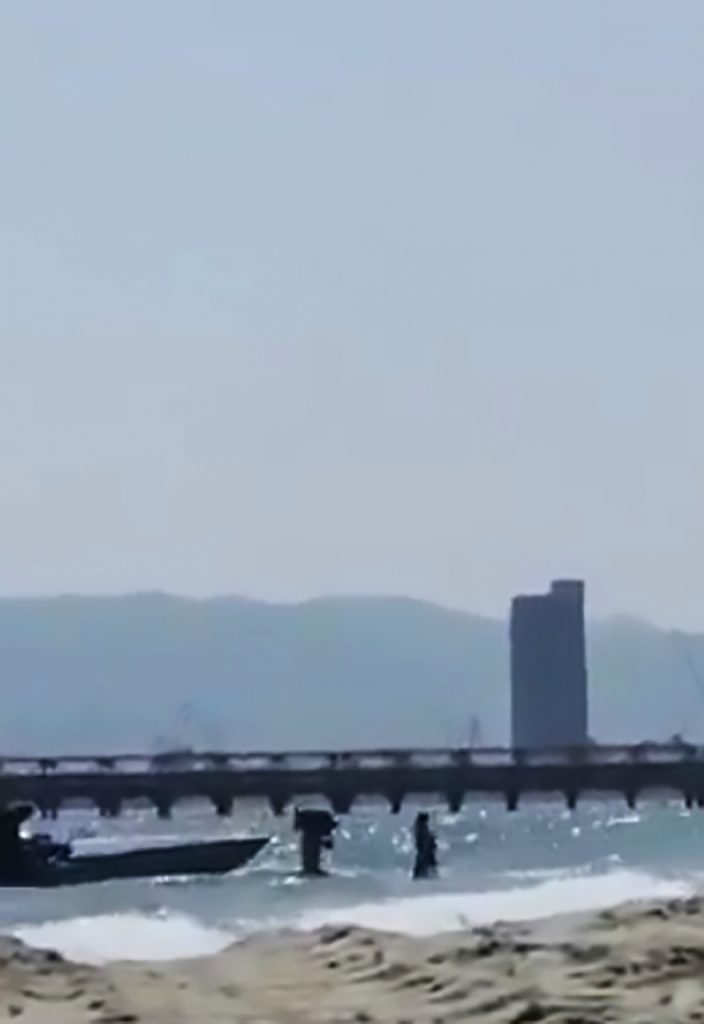 In the video, which was recorded by an onlooker and shared by the police union JUSAPOL, shows the gang unloading cargo from the boat which is parked in the shallows.

The gang work to carry the cargo to the shore before the speedboat driver turns away.

JUSAPOl described the video as “a normal day in the Campo de Gibraltar”.

The Service of Border Vigilance said “new stash in Algeciras bay. The phantoms are back. We have been saying this for a long time. Drug trafficking does not stop in Gibraltar Field. Declaration of special singularity area please.”

Local media reported that according to police sources, it was a cargo of illegal tobacco which was being unloaded on the beach.

It is not mentioned if anybody has been arrested so far.