This is the moment a rare lynx cub frolics around with its mum just weeks after its birth – the first of its kind in the region in a century.

The Boreal Lynx or European lynx (Lynx Lynx) was born in May this year, and it is the first such birth in more than a century in the Catalan Pyrenees area of north-eastern Spain. 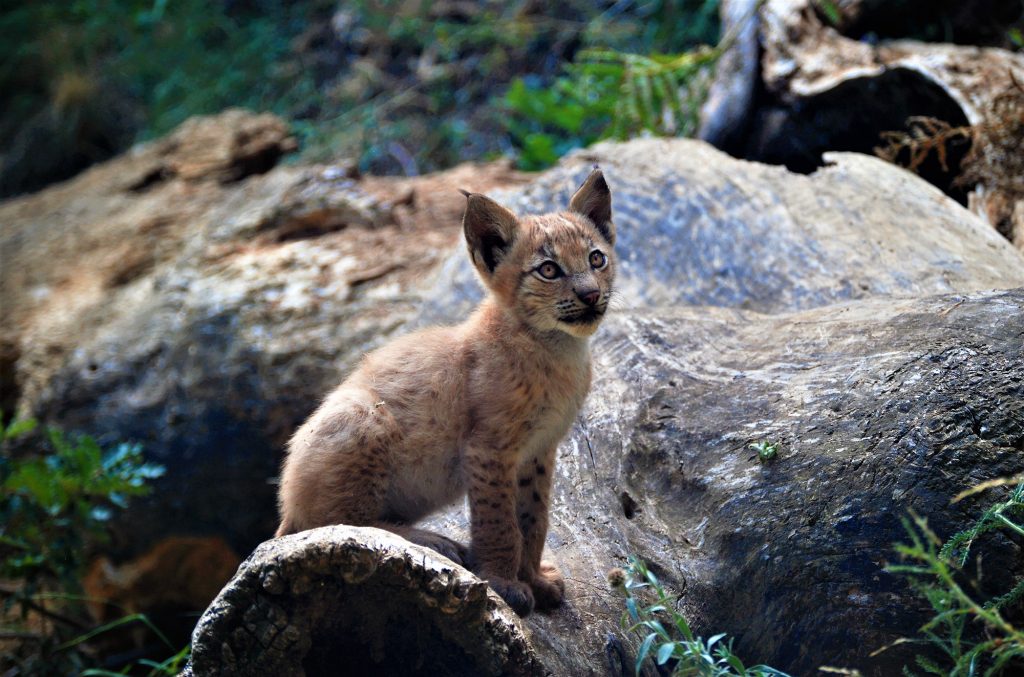 The lynx has been presented by the Foundation Catalonia La Pedrera after it was born on 28th May in the animal recovery centre MonNatura Pirineus, located in the Catalan Pyrenees.

It is perfectly healthy and is the son of two lynx, male Ui and female Liu, that were in the centre for eleven years and the birth was unexpected.

Miquel Rafa, the Director of Territory and Environment of the foundation highlighted the importance of this birth and explained that the baby lynx will reinforce the environmental education that is done in the centre.

Rafa told Central European News (CEN): “This lynx couple did not have offsprings and it was a surprise to find out that they had a cub through a natural birth in this centre that has almost natural conditions for this area,” adding that this species “is considered extinct in the wild”.

He told CEN: “The last time it was seen was in the 1930s, since then, it has been like a kind of ghost, in fact, it was called the “gatillop” or “gato lobo” (wolf cat), it is very discreet and it is very difficult to see.”

Liu, the mother, arrived in the municipality of Son from the zoo of Lugo with Ui and her pregnancy was not noticed as there was only one cub. It was born under a trunk.

Regarding the possibility of reintroduction in its natural habitat, Rafa told CEN that “it was part of reintroduction projects in other parts of Europe and I think if it is treated with tranquillity, it has the ecological conditions to be reintroduced. Ecologically it could be possible, but it would need a social consensus to plan the reintroduction.”

He added that the specimens seen in the centre “have an educative function, as they are an important part of the ecosystem and they are not there, there is not a balance in the ecosystems in Pyrenees”, commenting that “there is a high density of deer and wild boars, among other animals, whose high density could be fought by predators”.

The cub will remain in captivity in the short-term. Rafa described the rarity of the species as “the Catalan Loch Ness monster”.