This is the moment a heroic cop lunges at a machete-wielding thug from behind as he stands in a fountain in Madrid – knocking him over and allowing his colleagues to restrain the man. 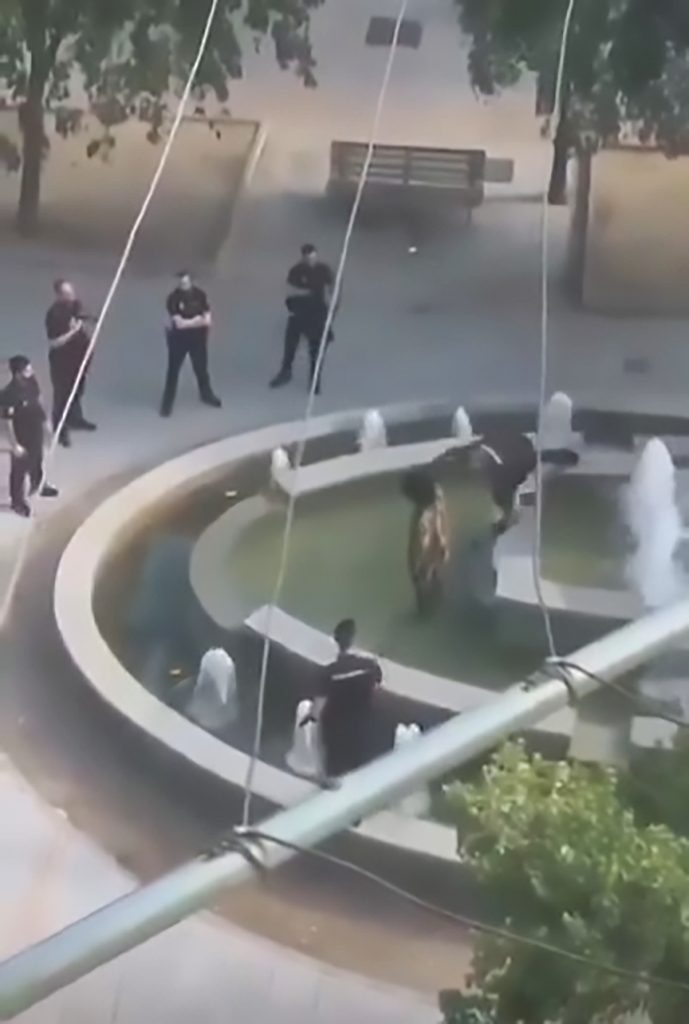 The startling scene was recorded by an onlooker in the San Cristobal area of the Spanish capital Madrid and the video has since been posted online by the police union JUPOL.

In the video, several cops can be seen surrounding a man standing in the middle of a fountain with a machete in his right hand.

One of the officers standing behind the men then begins crouching before sprinting towards the man and diving across a gap into his back in spectacular fashion.

The machete-wielding suspect, who has not been named in reports, is sent crashing to the ground and the surrounding cops rush to restrain the man.

They drag the suspect out of the fountain and take the blade out of his hand. According to police sources reported by local media, the man was spotted by cops walking around the area taking drugs.

When he realised he had been spotted by the cops he began behaving violently and three a handbag at the officers before repeatedly trying to punch them, according to reports.

The suspect was arrested but it is unclear if he has been shared. The police union said that the officers in the video had not been carrying taser guns.