Barcelona residents have launched a new campaign urging tourists to the city to keep quiet about its treasures to their friends in a bid to cut down on the number of people visiting. 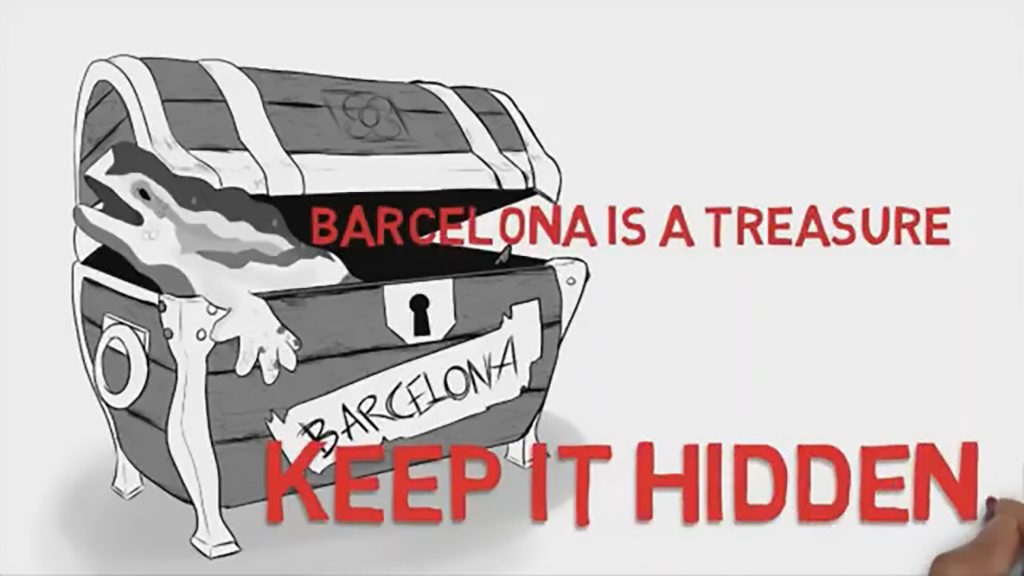 The Federation of Associations of Neighbours of Barcelona launched the campaign to try to encourage tourists to the city in the eastern Spanish region of Catalonia, not to speak about it.

Ana Menendez Martinez de Bartolome, the President of the federation says that the campaign to reduce the number of tourists in the city comes because Barcelona is the 12th most-visited city in the world and the fourth most-visited in Europe.

She defended the goal of the campaign, saying it is not “blaming the tourists but making them aware that they are part of the problem”.

Local media reported that this year more than 15 million tourists will visit Barcelona and members of the federation went to the popular tourist spot of Sagrada Familia to start the campaign and shared the flyers with the slogan “Barcelona is a treasure, hide it!”.

Menendez Martinez justified the campaign for the “fundamental rights of neighbours, such as the right of not being expelled from the city or to rest”.

On 28th June, the airport of El Prat, in Barcelona city, broke the records of passengers in only one day with 186,140 people.

Menendez Martinez proposes moving towards a “decreased model” with policies to reduce the number of tourists in the city.

Pere Marine, the person in charge of the tourism department of the federation said to local media that it could be done through promoting internal tourism as it has less environmental impact, using trains instead of planes.