This is the moment an appliance shop worker is filmed throwing a fridge – with hazardous gases inside – down a mountainside as his colleague sings “let’s recycle”.

The shocking video was recorded in Sierra de Los Filabres, the largest mountain range in the southern Spanish province of Almeria by one of the fly-tipping workers of the shop which is authorised to manage hazardous waste and later posted onto social media. 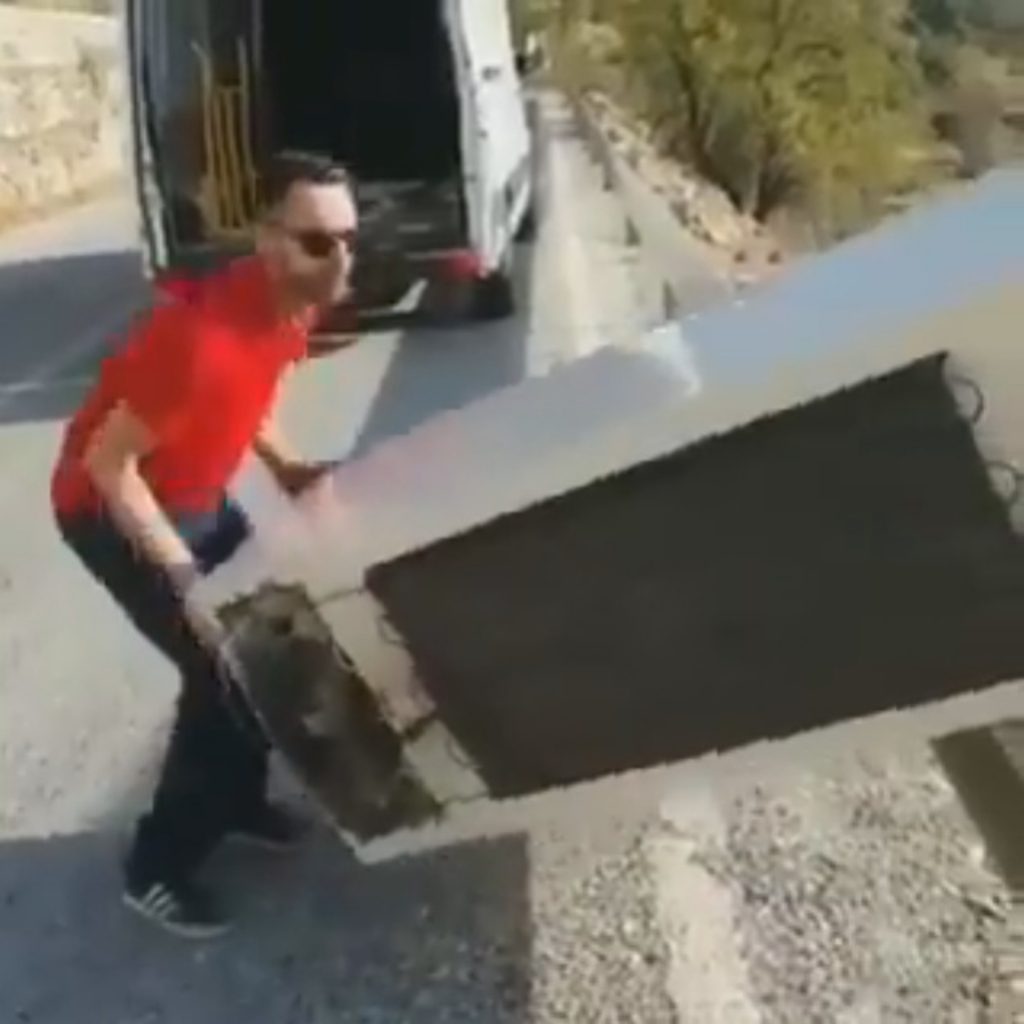 In the video, a man, identified as Mario works in an appliance store in Olula del Rio, a municipality in the province of Almeria, can be seen lifting the end of a fridge on a roadside and pushing it over the edge of a crash barrier.

The fridge is sent crashing down a mountainside as the man recording sings “let’s recycle” before saying “it flipped a lot”.

According to local media, the Spanish Civil Guard could identify the employee because a white van is seen in the video and the two men did not hide the licence plate.

The Nature Protection Department of the Spanish Civil Guard (Seprona) reportedly visited the appliance store, which apparently is authorised for the management of hazardous waste.

Local authorities reportedly informed the man that they had pressed charges against him and he could be sanctioned with a fine of 100,000 EUR (91,614 GBP). Reports state he had also thrown a washing machine down the mountainside at the same spot.

Refrigerators are considered hazardous waste because of the gases they contain inside.

According to an ongoing investigation, the company was not unaware of the worker’s actions, although he confessed to being the only person responsible for the incident.

Local media report after the video was posted online he went to the scene to recover the fridge and washing machine before disposing of them at an authorised dumping site.