This footage shows the huge haul of weapons and drugs unearthed by Spanish cops when they made seven arrests in a crackdown on a gang that pretended to be police and stole drugs from other criminals before selling them on in the UK. 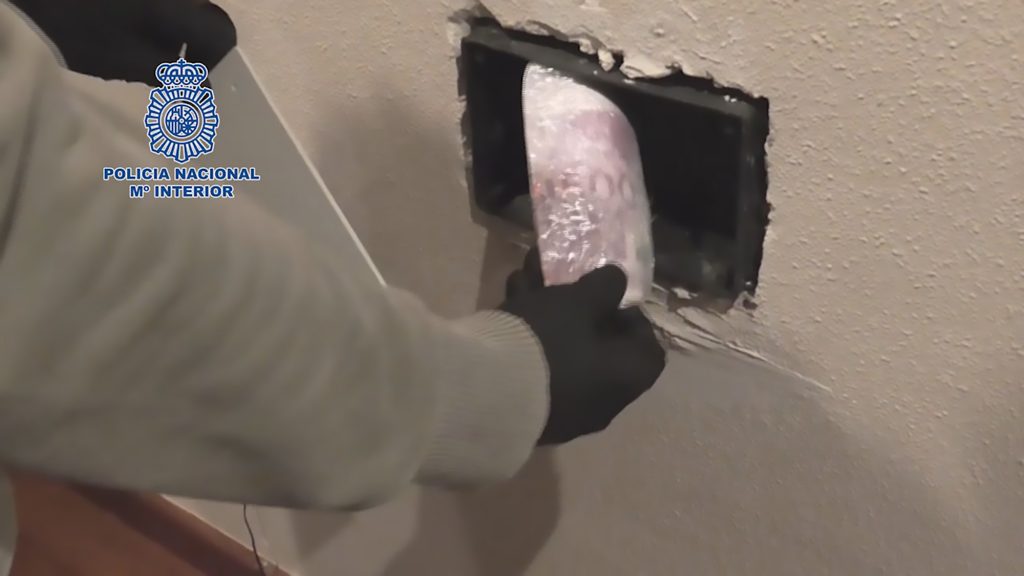 Spanish National Police seized 2,200 kilogrammes of hashish and an arsenal of weapons from the alleged gang in the region of Murcia, in south-eastern Spain.

A spokeswoman for the national police in Murcia told Central European News (CEN) that the seven suspects who were arrested in four separate raids are all from either Spain or Latin America.

The spokeswoman said the gang are believed to have exported marijuana and hashish across Europe, including to the UK, with most of their exports ending up in Italy.

The investigation was focused in the city of Alicante, in the eastern Spanish region of Valencia, and the city of Murcia, and the gang, according to a press statement from the Spanish national police, had members from Spain, Morocco, Italy and the UK.

In the video, cops can be seen seizing cash, drugs and weapons during the raids which were announced by cops yesterday (Mon).

They are said to have specialised in robbing other criminals’ drugs by pretending to be cops. These robberies are not reported by the victims because of the illegal goods which are stolen.

They reportedly kept the drugs in industrial warehouses and car parks in residential areas before using lorries to distribute them across Europe. The drugs were hidden in the lorries and the drivers managed to pass through border controls without the authorities finding them.

The spokeswoman said six Spanish Civil Guard waistcoats, plus a bulletproof vest and two guns, an AK-47 and a Zastava, had been seized.

The cabins of three lorries bearing the name of a company in Murcia were seized along with the three vehicles including a Mercedes Benz.