This customs agent who starred in the hit TV show “Border Control” has been arrested for smuggling 200 kilogrammes of cocaine through the airport where he worked after a tip-off.

The Spanish Civil Guard customs agent, named in reports as Fran and seen in the images working as a customs agent, starred in the hit Discovery Max programme but has been arrested for smuggling drugs through Madrid-Barajas Airport in the Spanish capital after a tip-off from British intelligence services.

Local media report he is believed to have been the link between a Colombian and a Dominican drug-trafficking gang and he was caught after the drug agencies of the United States and the United Kingdom, the DEA and the NCA, warned that he could be the link in Madrid between two gangs.

Reports suggest his luxury lifestyle had raised suspicions, with him having recently spent 30,000 EUR (27,211 GBP) on restoring a Chevrolet Camaro and setting up a restaurant called La Churrasquita in the north of Madrid where the football team Real Madrid held events and meetings. 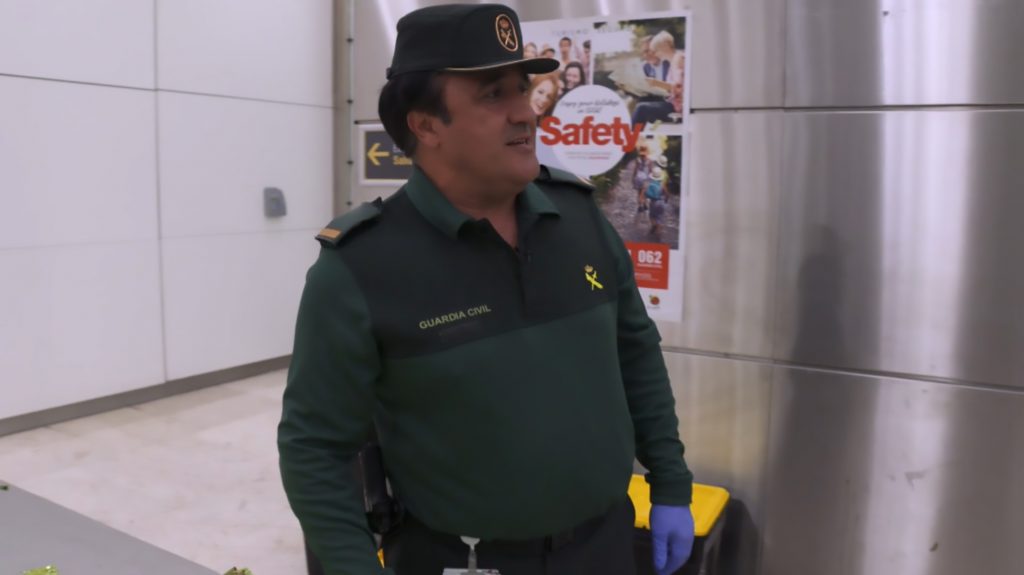 The investigation that led the Spanish Police to arrest the customs agent started in August 2016, when agents found a suitcase from Sao Paulo, Brazil, in Madrid airport with around 45 kilogrammes of cocaine inside.

Police became suspicious when they realised the suitcase had been checked-in in the country of origin by a passenger who did not board an aircraft.

It was soon suspected that somebody else in Madrid was collecting the bags with the cargo. At this stage, Fran’s collaboration was allegedly necessary. He reportedly became involved in the gang after beginning a relationship with a Colombian woman who introduced him to the criminals.

Local media reported that the gang began bribing him when they learned that he worked in customs at the airport before he became the link between the Colombian and Dominican gangs.

Along with Fran, another 18 people have been arrested and kilogrammes of cocaine, guns and tens of thousands of euros have been seized by police.

He is in police custody accused of drug trafficking, criminal organisation, bribery, disclosure of secrets, failure to prosecute crimes and money laundering.