This is the moment a vulnerable turtle is seen laying its eggs on a beach in Ibiza at 2am before cops were called in to protect them from holidaymakers.

Experts believe that the change is a result of global warming as the rising water temperatures make it an ideal environment for the turtle to give birth. 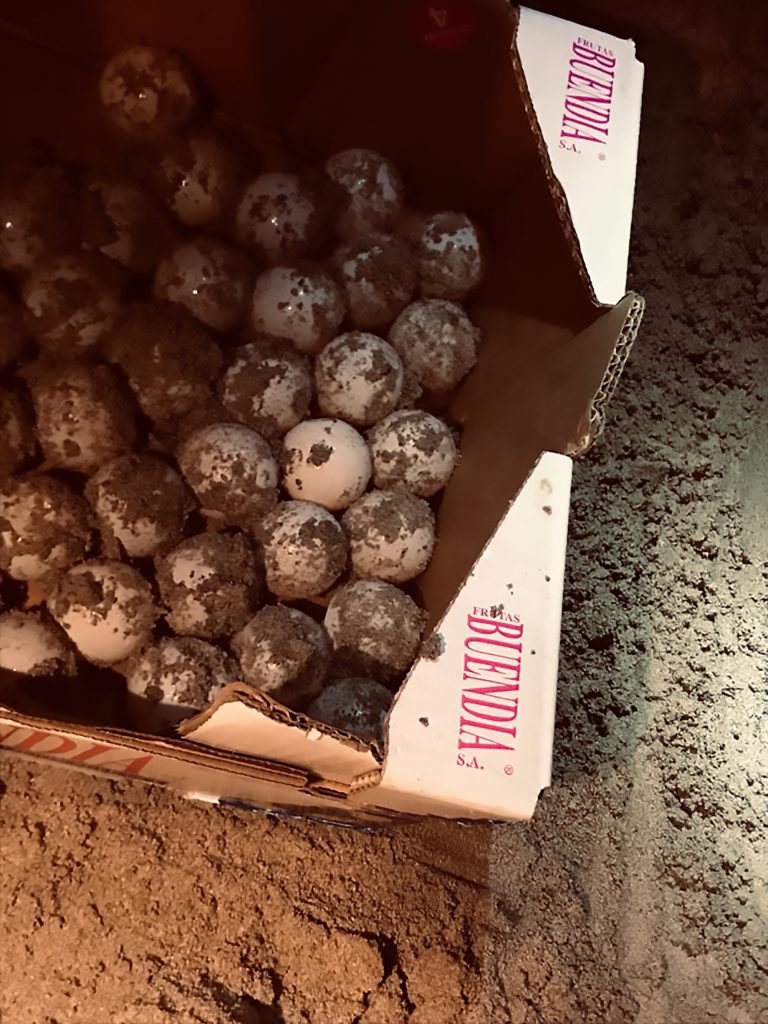 The local police are said to have intervened to protect the eggs after a tourist spotted the turtle on the beach at around 2:00 am.

In the video, the turtle can be seen using its flippers to seemingly dig a hole to lay its eggs before it moves back into the ocean.

The local police worked together with the personnel of the Center for Recovery of Marine Species (CREM) to transfer the eggs to the Natural Park of Ses Salines on the same island.

Staff from the Balearic Institute of Nature (Ibanat) have installed a structure designed to protect eggs on a beach in the natural park, the exact location of which remains a secret.

It is estimated that they will take about 60 days to hatch.

Local police said in an official statement that they had to intervene since the turtle did not bury the eggs well, leaving them exposed and at risk of being stolen.

CREM oceanographer Veronica Nunez explained to local reporters that the initial intention was to “replace the eggs on the same beach where they were laid, but it was unfeasible because the nest was very close to the shore”

The beach where the eggs were transferred was chosen after studies which CREM carried out in 2014 “testing the temperature and humidity of the sand”.

The organisation were reportedly expecting loggerhead turtles to begin laying their eggs on the island and the turtles have been seen on the beaches of Ibiza since 2015, although no nests have previously been found.

This change in nesting area is given by climate change which affects the waters, which are hotter than usual. The species breeds in summer and the water temperature was reportedly perfect.

The Loggerhead Turtle is listed as Vulnerable on the International Union for Conservation of Nature’s (IUCN) Red List.