This is the “unforgettable” moment scuba divers come face-to-face with endangered ‘pregnant’ sharks during a dive in the Canary Islands.

Scuba diver Joseba Landaeta, owner of the El Bajon diving club in El Hierro, the smallest of the Canary Islands in Spain, said that at least two of the three smalltooth sand tigers (Odontaspis ferox) are pregnant. 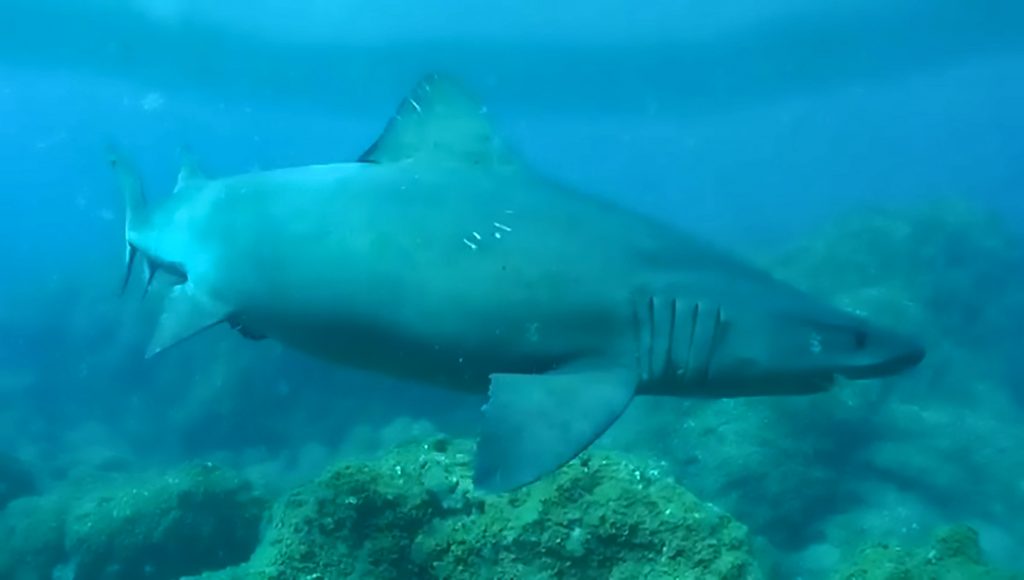 In the footage, Landaeta is seen swimming with two of the smalltooth sand tigers, a species of mackerel shark also known as bumpytail ragged-tooth.

Landaeta told Central European News (CEN) that he believes all three of the sharks were female and that at least two of them were pregnant because they had “prominent bulging bellies”.

Smalltooth sand tigers, that liked to live in warm or temperate waters, are considered ‘vulnerable’ by the Red List of the International Union for Conservation of Nature (IUCN).

According to the IUCN, commercial fishing, sport fishing and low reproduction rates are the main threats to the species.

Landaeta told CEN: “It is very rare to see them so close to the shore in this region. They live in depths of between 300 and 600 metres (984 and 1,969 feet) and only approach the coast when they are pregnant to be calm.”

Once they give birth, the sharks return to deeper waters and Landaeta said that he has “never seen shark pups of this species close to the coast”.

Landaeta added: “I did not feel threatened by them, they make me feel at peace with their smooth way of swimming.”