A couple who watched a Netflix series about a murder case involving three teen girls who were raped, killed and buried over 20 years ago then went to the location and found human bones in the ground there.

Teenagers Miriam Garcia, Desiree Hernandez and Antonia Gomez were raped and murdered before being buried at the La Romana cliff in Tous, in the eastern Spanish region of Valencia in 1992 and the case was the subject of a Netflix series called ‘El Caso Alcasser’ (The Alcasser Case).

A couple who watched the series decided to go the cliff where the girls were found buried and reportedly started digging in the ground.

A Civil Guard spokesman says the couple then found some small bones in the ground before wrapping them up and taking them to the authorities.

Vicent B., the man in the couple, says he saw some fragments at the surface and so they had started digging.

The bones, reportedly phalanxes (bones from the finger or toe), have been confirmed as human bones and are currently being analysed by the Institute of Legal Medicine in Valencia to confirm if they belong to the murdered girls.

Reports suggest initial tests have been inconclusive so the bones will be sent to the Spanish capital Madrid for further investigation.

Miriam, Toni and Desiree, between 14 and 15 years old, were raped and tortured to death by Miguel Ricart, who was sentenced to 170 years in prison for the crimes of three murders, rape and kidnapping in 1997, and allegedly Antonio Angles, who is still a fugitive. 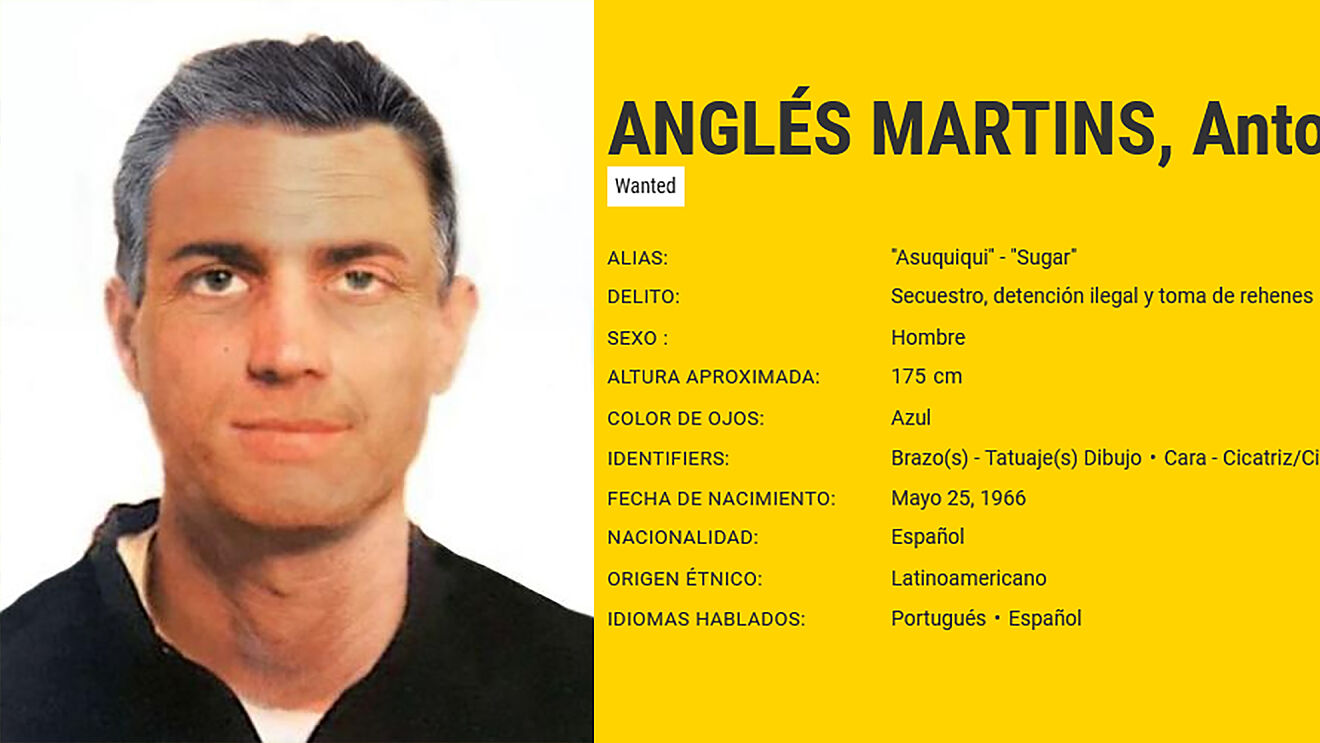 Ricart, who could have served a maximum of 30 years in prison, was released in November 2013 after his sentence was reduced for good behaviour.

Reports state Ricart and Angles were driving around when they spotted the three girls hitchhiking to the Coolor nightclub in Picassent where their school was throwing a party and the men picked them up.

The two men are then said to have tied the girls up, raped all three of them before digging a hole in the ground and forcing them to go into it. The girls were then shot and buried.

A search was launched and two months later, in January 1993, heavy rainfall softened the soil in the area and the three bodies appeared. Ricart was arrested after his glove was found at the scene but Angles managed to escape officers.

Angles was spotted in the Portuguese capital Lisbon in March 1993 but has not been seen since and his current whereabouts are unknown.

It is unclear if he is still alive and he was charged with kidnapping, rape, murder, unlawful burial, and illegal possession of a weapon.

Francisco Etxeberriaone, a Spanish forensic scientist, said: “I have no doubts that the phalanxes are from one of the Alcasser girls. They are small pieces and the researchers could not have seen it when they checked the grave with the tools from that time.”

The Alcasser case was one of the most important criminal cases in Spain in the 1990s and local media report the burial site of the girls has become a tourist spot, with ‘El Espanol’ reporting one tourist at the site after the bones were found saying: “I have seen the Netflix series and I like hiking and I had heard about the bones so I came here.”