Thousands of these crystal-like sea creatures have washed up on Spain’s southern coast and spooked beachgoers. 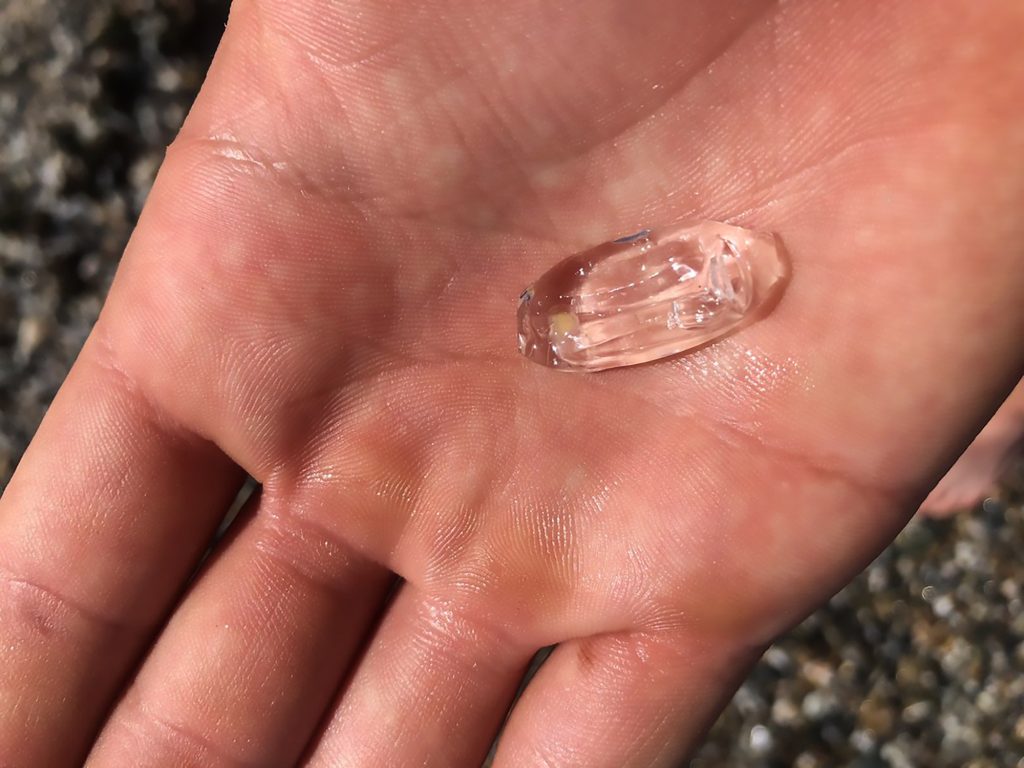 Beaches affected include the Costa del Sol and the Costa Tropical, all popular with British tourists at this time of year.

According to reports, the unusual crystal-like creatures are salps, a barrel-shaped planktonic tunicate, and their invasion along the coastlines of Granada and Malaga in southern Spain shocked beachgoers.

Footage of the salps, known locally as ‘zapaticos’ (‘little shoes’), was filmed on Tesorillo Beach in the province of Granada and shared on Twitter by netizen ‘Juan Alconchel’ where it has been viewed 71,000 times.

They reportedly move through the sea in long chains by pumping water through their gelatinous body, one of the most efficient examples of jet propulsion in the animal kingdom.

According to local media, many beachgoers were spooked after confusing the salps for jellyfish, however the marine invertebrates are not dangerous to humans.

They first started to wash up along Spain’s southern coast on 15th June and continued to appear in fewer numbers two days later.

They have been confirmed as Salpa fusiformis, sometimes known as the common salp, considered the most widespread species of salp.

Large numbers of them feed on microplankton in the Alboran Sea.

Marine expert Rafael Jimenez said: “They tend to appear after storms. In other years, they have appeared before the summer season and are therefore not too common to beachgoers.”

Salps cannot survive outside of water, therefore the scores of them seen on Tesorillo Beach in the footage were dead or dying.