These are the images of three migrant teens slashing and torturing a tied-up victim in a video that was posted on Facebook and led to their arrest.

According to reports, the incident took place in Lyon in France but the Algerian suspects fled to Spain and were arrested in the eastern city of Valencia after being caught fare-dodging at a train station.

Police spotted blood marks on their bags and cuts on their hands and grew suspicious. 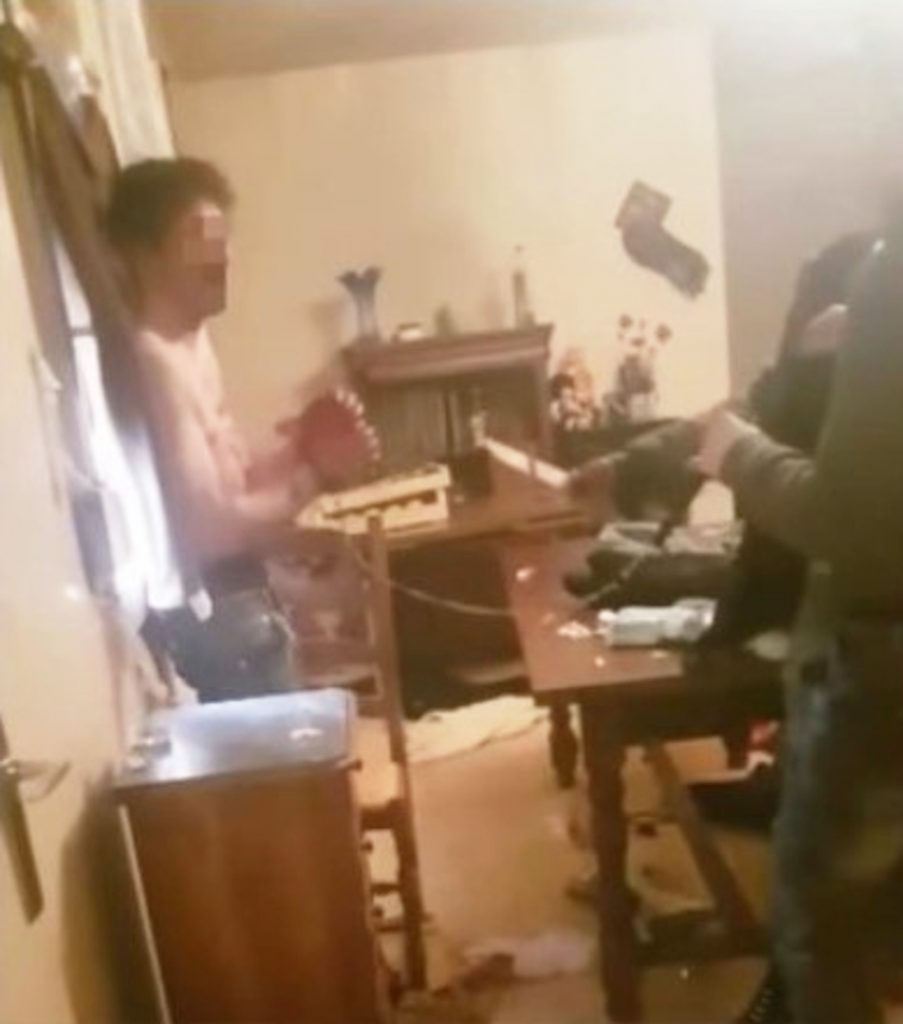 The minors then reportedly refused to provide a DNA sample, which made Spanish investigators believe they had been involved in a more serious crime.

The three juveniles, aged 15, 16 and 17, are accused of homicide, kidnapping, torture, and belonging to a criminal gang.

Spanish cops were then informed about the Facebook video which shows three teenagers appearing to torture a topless victim with blades.

There were at least two victims held at the Lyon apartment and a 28-year-old man died, according to local media.

Reports said that he had been tied-up and stabbed 60 times.

The other victim is being treated at a hospital in France.

Meanwhile, it is expected that the French police will travel to Valencia to bring the migrant suspects back to face judicial proceedings.