Volunteers at a maternity ward have knitted these cute animal costumes for the premature babies on the ward to celebrate the annual carnival.

The parents of the premature babies being attended in the intensive care unit of the Hospital Clinic of Barcelona, in the eastern Spanish region of Catalonia, were surprised when they found their babies dressed up in these cute original handmade costumes.

The costumes were knitted by two volunteers and were mainly animal based, with the tots being dressed up as lions, bees, crabs, ladybirds and even a boxer.

Erika Sanchez, the coordinator of the Neonatology area at the Hospital Clinic told Central European News (CEN): “Most of the costumes were animals. We came up with the idea because here we celebrate bank holidays and other important dates of the year, such as Christmas, and this year, for carnival, the idea of dressing up the newborns came up and it was the first time.” 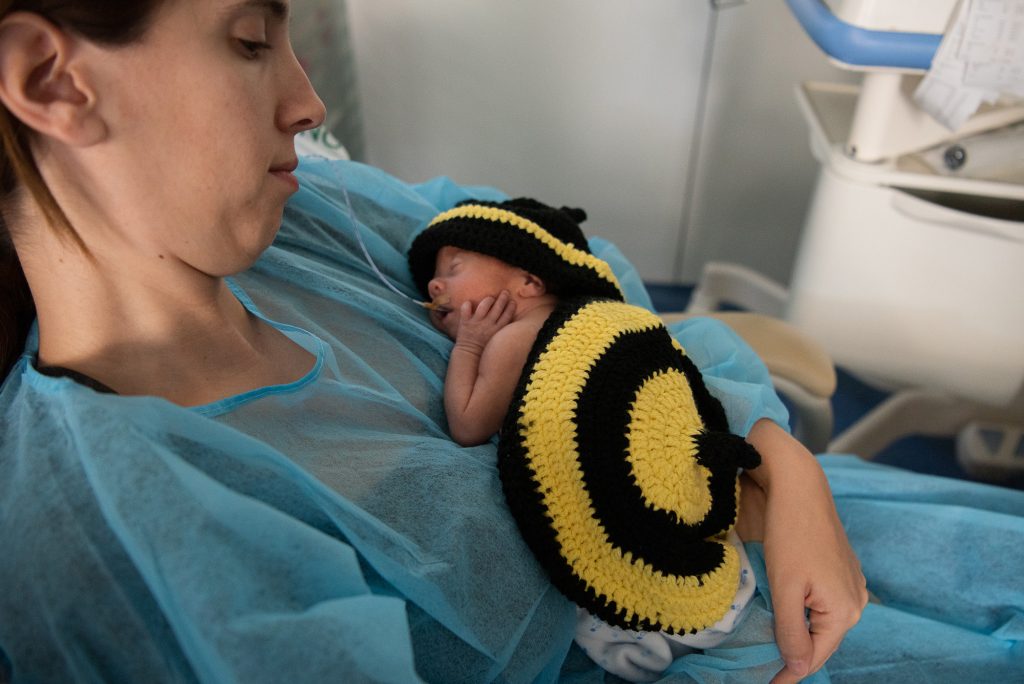 “Rocio and her mother Lola, who are friends and volunteers of the hospital, decided to create those cute handmade costumes, a total of 18, for the newborns in that area of the hospital. The idea is to try to humanise the hospitalisation process of these newborns.”

Sanchez said newborns on the ward are given a crown to celebrate their one-month birthday and says the gestures are created to bring parents and staff together as “we are at the end of the day a family”.

Anna Modernell, a mother who was in the hospital, was touched with the cute lion costume for her son Iago Miranda, who was one of triplets born after only 23 weeks of pregnancy of triplets, and whose brothers died four and six days after the birth.

Iago is now almost four months old and is recovering although he still needs oxygen. His mum said: “We knew they were going to be dressed up, but we could not imagine that until seeing them, so small, we are really grateful to the person who made the costumes”.

The volunteers have given the costumes to the parents to keep and have promised to create more next year.