Four people have been arrested for the murder of a Spanish politician who was allegedly killed when his lover’s husband found about their affair.

The Civil Guard have arrested three of the four people accused of killing 52-year-old Javier Ardines, a city councillor for the United Left political party in the borough of Llanes in the northern Spanish region of Asturias.

The fourth suspect was arrested in Switzerland and the Spanish authorities have asked for his extradition, according to reports.

One of the detainees is 48-year-old Pedro Luis Nieva Abaigar, an electrician and father of two children.

Police believe that he instigated the alleged crime after discovering that Ardines was having an extramarital affair with his wife.

The suspect allegedly hired the other men, two Algerians and a Spanish national named Jesus, to carry out the crime. 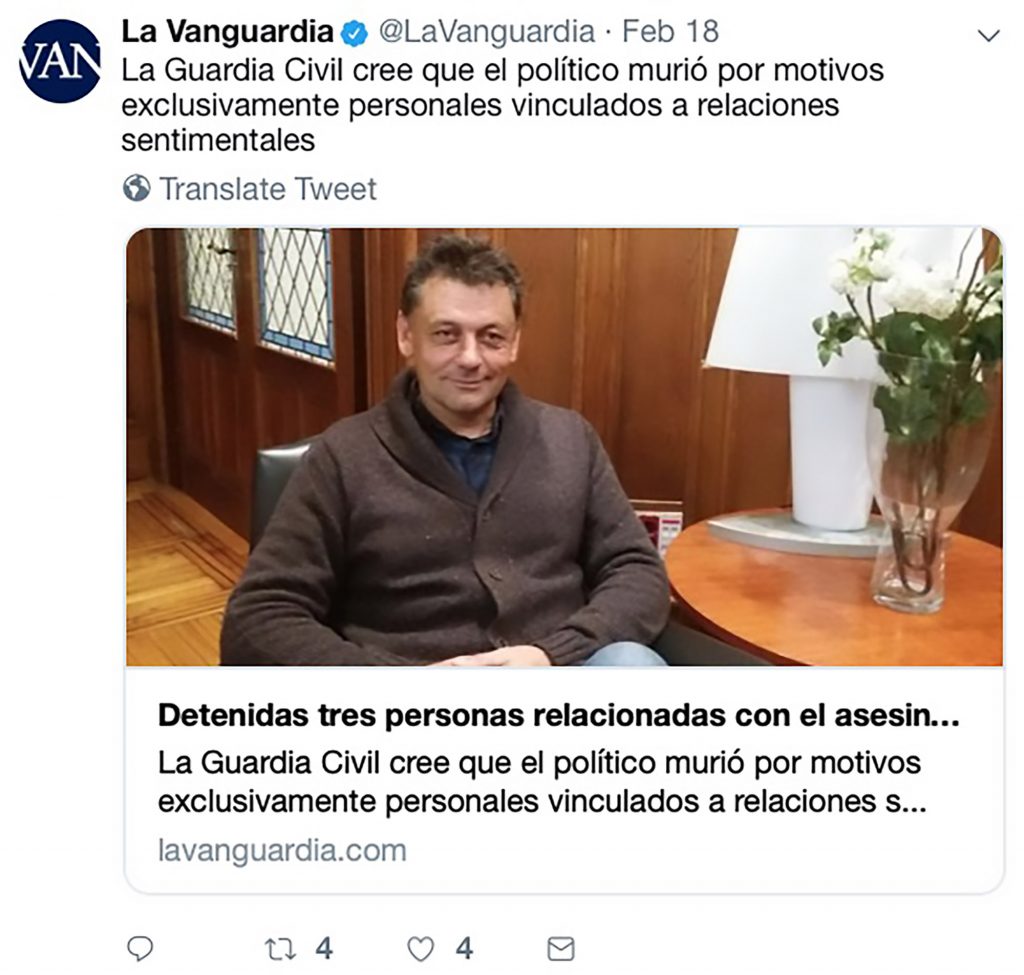 Ardines was reportedly murdered when he left his house to go fishing. His body was found by a neighbour later the same day.

The councillor tried to run from the attackers, but received three strong blows to the head and was then strangled to death, according to reports.

The Civil Guard suspected that there were several people involved who had been tracking the victim’s movements before striking.

The local authorities have dismissed theories that there may have been a political motive behind the counsellor’s death.