Photos of two hunters posing with dozens of dead rabbits that spell out the name of a controversial far-right political party has sparked outrage in Spain. 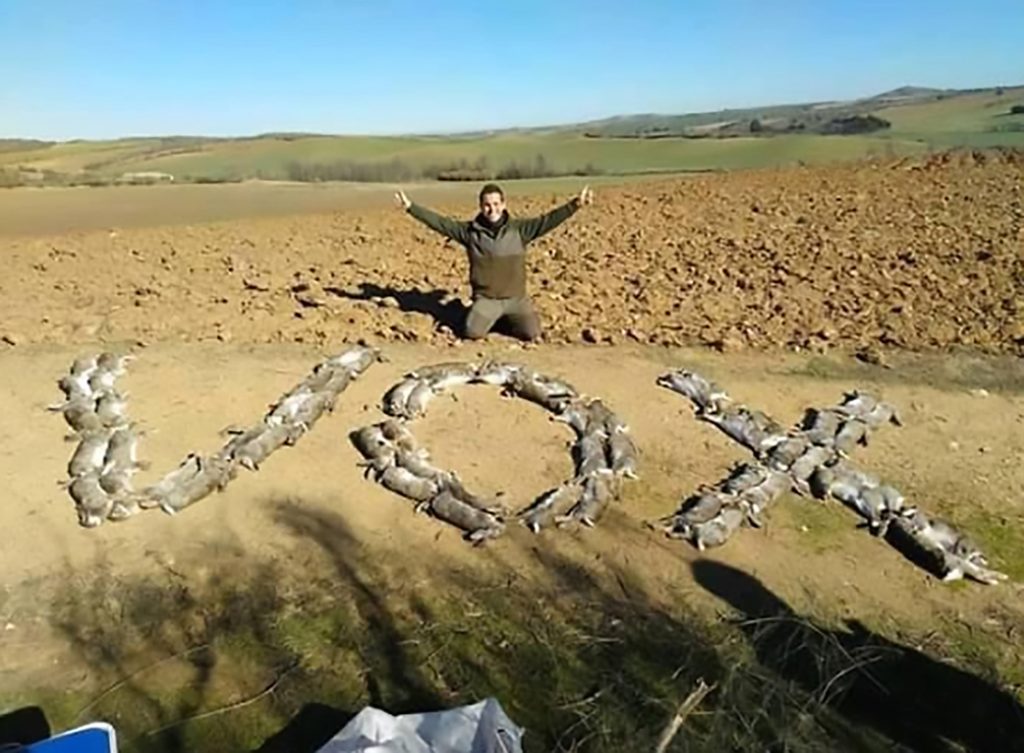 The first image was posted on Twitter by the Animalist Party Against Mistreatment of Animals (Pacma) party, based in the central Spanish capital Madrid, where it has been widely circulated by netizens.

In the controversial snap, an unnamed hunter is seen posing next to dozens of dead rabbits that spell out ‘VOX’, a Spanish right-wing populist party that stunned the country by winning 12 parliamentary seats in the Andalusian regional election in December 2018.

Pacma accompanied the photo with the message: “This image says it all. This is how hunters show their support for VOX.

“The only party that takes a stand against our country’s cruel and bloody traditions is Pacma. Stop hunting.”

According to local media, 58 dead animals were used to spell out the right-wing party’s name.

After the image was widely slammed online, another hunter and VOX supporter posted a similar photo with rabbits being used to spell the party’s name in what appears to be the man’s back garden.

Pacma president Silvia Barquero shared the picture and said: “New images of VOX hunters. If I was Santiago Abascal (VOX leader), I would be concerned about having such terrible followers. But then again, we are (as different as) day and night.”