Police have arrested two arms smugglers who had this huge arsenal sent to
them through the post piece by piece and then put the weapons back together
to sell on the black market.

Both suspects were arrested in the city of Seville in the southern Spanish
region of Andalusia. It is unclear whether there were other gang members
involved in their alleged activities.

According to local media, the men used fake identities to communicate with
their European parts providers over the internet.

The items were then sent through the mail into Spain where they were
assembled into complete weapons.

During ‘Operation Armstrong’, National Police officers began tracking the
alleged ringleader, identified as A.F.V., after suspecting he was buying
weapons parts on the black market. 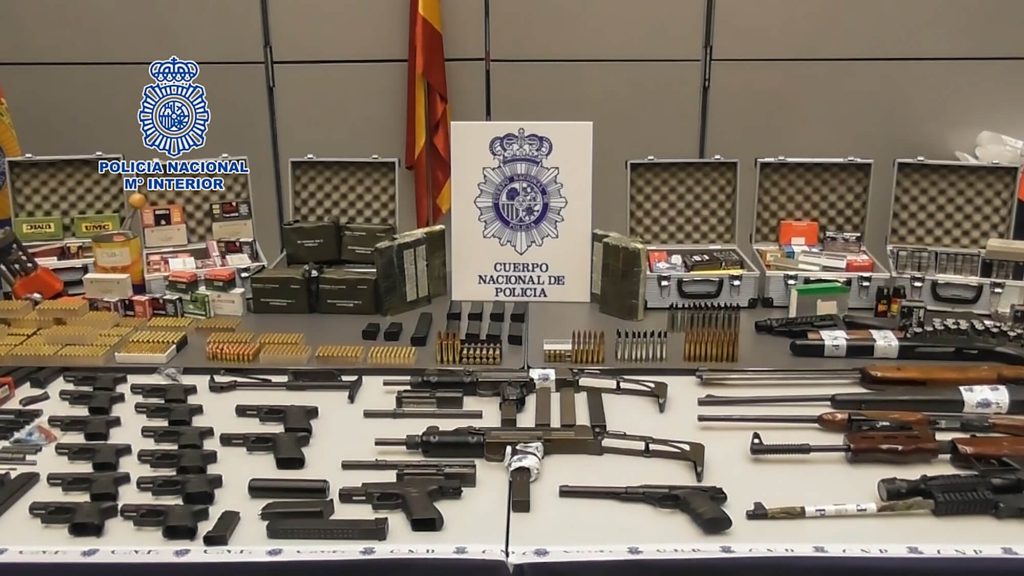 They soon realised that he was using the parts to produce firearms and amass
a deadly arsenal.

During two raids, police seized a warehouse-full of weapons, including
automatic rifles, Glock pistols and stacks of ammo.

The suspected ringleader has been charged with the illegal possession of
weapons and arms trafficking, and remanded in custody without bail.

The other suspect is believed to have cooperated with A.F.V. and received
most of the mailed items.

According to reports, the police have quizzed four other suspects in
connection with the alleged offences.